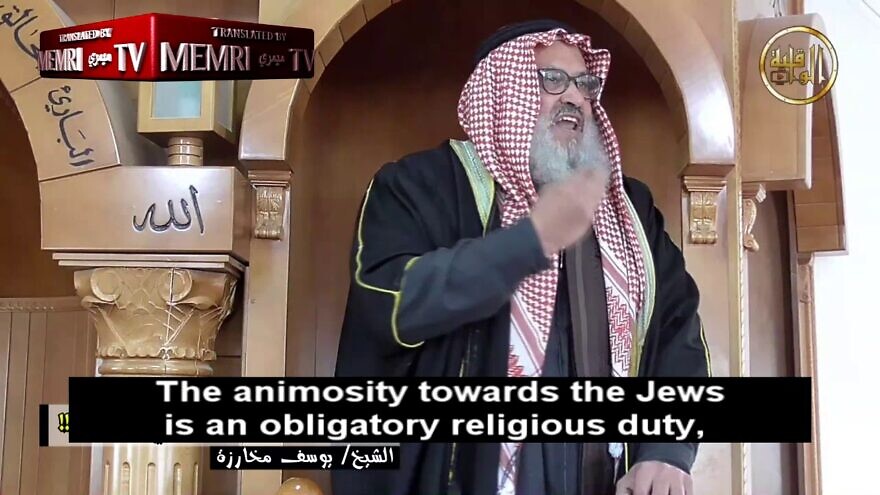 (March 3, 2020 / MEMRI) A Palestinian cleric criticized Palestinian Authority leader Mahmoud Abbas last week for saying that any Muslim who considers himself an enemy of the Jews is a heretic.

In a Friday sermon in Jerusalem that aired on Lebanon’s Hizb ut-Tahrir-affiliated Al-Waqiyah television, Palestinian cleric Yousuf Makharzah said that animosity towardS Jews is an Islamic religious duty, and that any Muslim that does not show enmity to the Jews is a heretic.

Makharzah cited a Koranic verse that says that the Jews hold the most intense enmity against the Muslims, and said of Abbas: “Where did you learn Islam? Did you learn it from [your adviser, Mahmoud] Habbash? Or [from Israeli politicians] Yossi Sarid or Yossi Beilin? … Do you think that Islam [is] a decapitated corpse? O Abbas, Islam will not die in the hearts of the believers!”