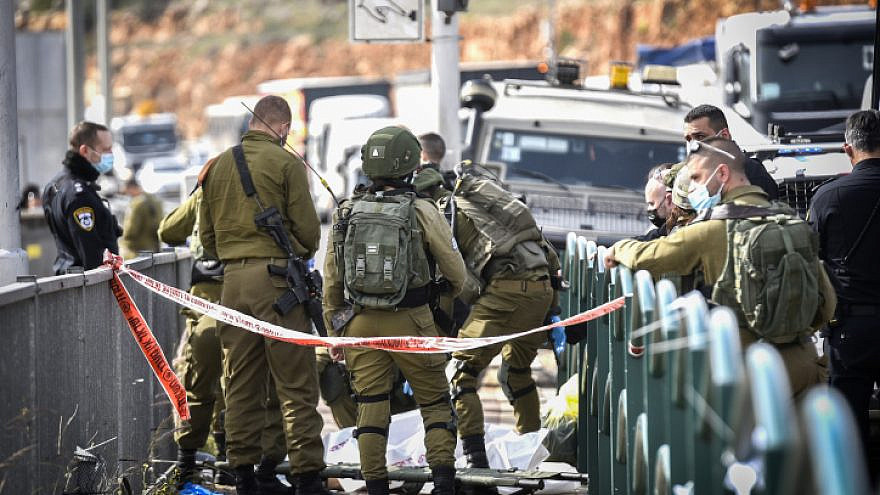 Israeli security forces near the scene of an attempted stabbing attack at the Gitai Avishar Junction west of Ariel in Judea and Samaria, Jan. 26, 2021. Photo by Flash90.
Spread the word.
Help JNS grow!
Share now:

(January 26, 2021 / JNS) Israeli forces shot and killed a Palestinian man on Tuesday after he attempted to stab a soldier at an intersection near Ariel in Judea and Samaria, according to the Israel Defense Forces.

The assailant attacked a soldier at the Gitai Avishar Junction west of Ariel, according to the military.

The soldier repelled the terrorist after he had attempted to stab her several times, at which point her commander opened fire, killing him. No Israeli soldiers were wounded.

According to IDF Spokesperson Hidai Zilberman, the soldier involved in the incident belonged to the IDF Home Front Command and was a lone soldier from the United Kingdom.