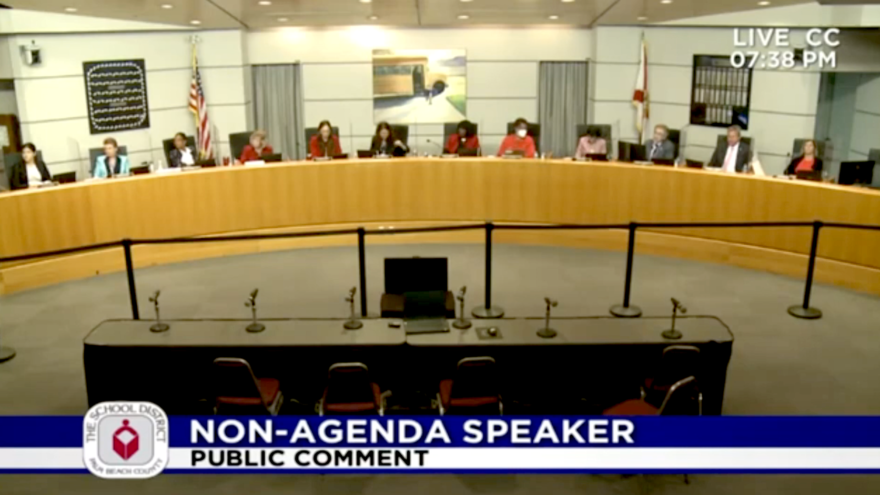 (September 20, 2022 / JNS) Two board members of the Palm Beach County School District in Florida were asked by activists and local residents to return awards they recently received from the South Florida Muslim Federation (SFMF), a group with ties to anti-Semitic individuals and Islamic institutions, according to the Middle East Forum.

“Shame on you. Return the awards now,” he said.

The hearing took place after a third board member of the Palm Beach County School District, vice chair Karen Brill, renounced the award she received from SFMF and vowed to “never” work with the federation again.

In June, SFMF hosted a lunch at which it gave plaques to the three board members in recognition of their “efforts and support towards equity and inclusion” for giving Muslim students a day off from school on Eid Al-Fitr, the final day of Ramadan.

At the hearing, a group of citizens repeatedly expressed concerns about SFMF leaders and member organizations, which include individuals who have ties to the terrorist organizations Hamas, Palestinian Islamic Jihad and Al-Qaeda.

Kaufman called SFMF “an umbrella organization for groups associated with terrorism and bigotry aimed at Jews, Christians, Hindus, gays, women and even fellow Muslims who do not subscribe to their brand of extremism.”

He pointed out that SFMF President Samir Kakli posted on Facebook in May that Israel is the “world’s leading terrorist organization” and participated in a rally that advocated for Israel’s destruction.

Another local resident who spoke at the hearing drew attention to the fact that the Darul Uloom Islamic Institute, an SFMF-affiliated mosque, reportedly had congregants who plotted terrorist attacks, and Al-Qaeda member Adnan Shukrijumah once led prayers there.

Among the several members who spoke in defense of SFMF during the hearing was Gibson Lopez, SFMF’s operations manager, who claimed “a lot of things were said today that misrepresented our community,” according to the Middle East Forum.

Corey Shearer, outreach lead for Engage-Florida, which is under the federation’s umbrella, also defended SFMF, saying, “I don’t think you should be able to talk about people’s speech and vilify that and condemn them for that speech.”