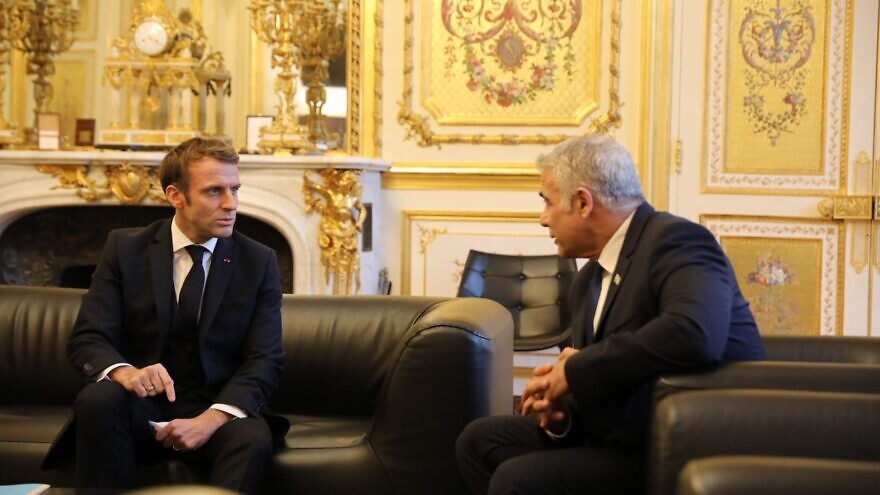 (December 18, 2022 / JNS) France on Sunday denounced as “against the law” Israel’s deportation of a former Palestinian security prisoner with French citizenship and claimed that eastern Jerusalem, where the convicted terrorist resided, is “occupied.”

Israel’s Interior Ministry announced earlier in the day that Salah Hamouri, currently a lawyer and field researcher for the Addameer Prisoner Support and Human Rights Association, a group linked to the Popular Front for the Liberation of Palestine terrorist organization, had been deported from the country.

“We condemn today the Israeli authorities’ decision, against the law, to expel Salah Hamouri to France,” the French Foreign Ministry said in a statement in response.

It added that Paris had “fully mobilized, including at the highest level of the state, to ensure Salah Hamouri’s rights are respected, that he benefits from all possible assistance and that he can lead a normal life in Jerusalem, where he was born, resides and wishes to live.

“France also took several steps to communicate to the Israeli authorities in the clearest way its opposition to this expulsion of a Palestinian resident of [eastern] Jerusalem, an occupied territory under the Fourth Geneva Convention,” the statement continued.

Hamouri was previously sentenced by an Israeli court to seven years in prison, as part of a plea bargain in exchange for admitting to plotting to murder the former Sephardic Chief Rabbi Ovadia Yosef. Hamouri was released by Israel as part of the 2011 Gilad Schalit prisoner exchange deal with Hamas.

Born to a French mother and a Palestinian father in Kafr Aqab, a neighborhood in northeastern Jerusalem, Hamouri retains French citizenship and his wife and children reside in France.

“Today, in good time, the law has been implemented against the terrorist Saleh Hamouri and he was evicted from Israel,” Interior Minister Ayelet Shaked said in a statement on Sunday.

“This has been a lengthy procedure and it is a major achievement, a moment before ending my term I was able to lead to his eviction using the tools at my disposal and to promote the fight against terrorism,” the minister added. “I hope that the incoming government continues this policy and evicts terrorists from Israel.”