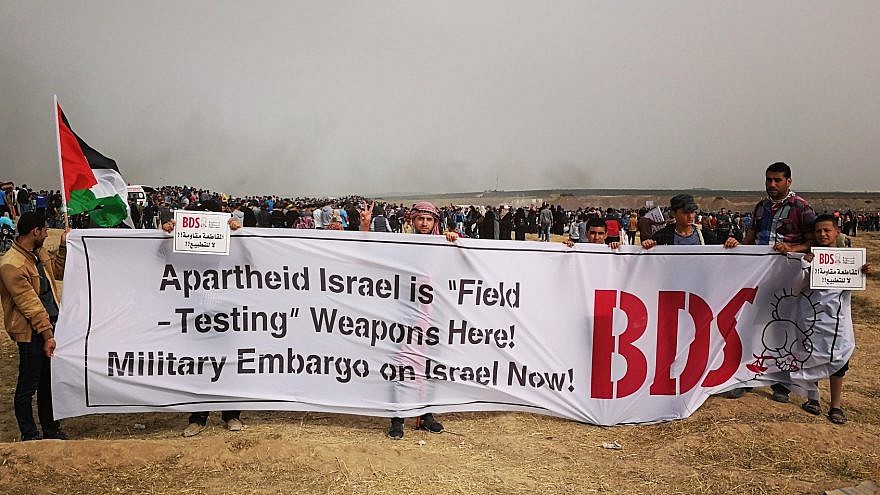 (June 1, 2022 / JNS) Despite massive publicity campaigns, rallies and campus activism in America, only 5% of respondents to a Pew Research poll said they support the movement to boycott, divest from and sanction Israel, with a mere 2% saying they strongly back the idea. In fact, a whopping 84% of respondents said they have heard “not much” or “nothing at all” about BDS, which seeks to delegitimize and destroy the Jewish state.

The poll also showed shows a wide disparity of opinions based on political party. Republicans and Republican-leaning respondents expressed much more positive views of the Israeli people (78% very or somewhat favorable) than of Palestinians (37%), and they view the Israeli government much more favorably (66%) than the Palestinian government (18%). Democrats and Democratic-leaning independents hold essentially equally positive views of Israelis (60% favorable) and Palestinians (64%).

Interestingly, young adults polled were more likely to acknowledge that they aren’t sure what the best outcome of the Israeli-Palestinian conflict would be, compared with older Americans who largely maintain support for the traditional two-state solution.

Overall, 30 percent of respondents encompassing all backgrounds believe God gave the entire land to Israel, which is a figure similar to a 2020 Pew survey of American Jews.

The survey’s margin of error is plus or minus 1.5%.