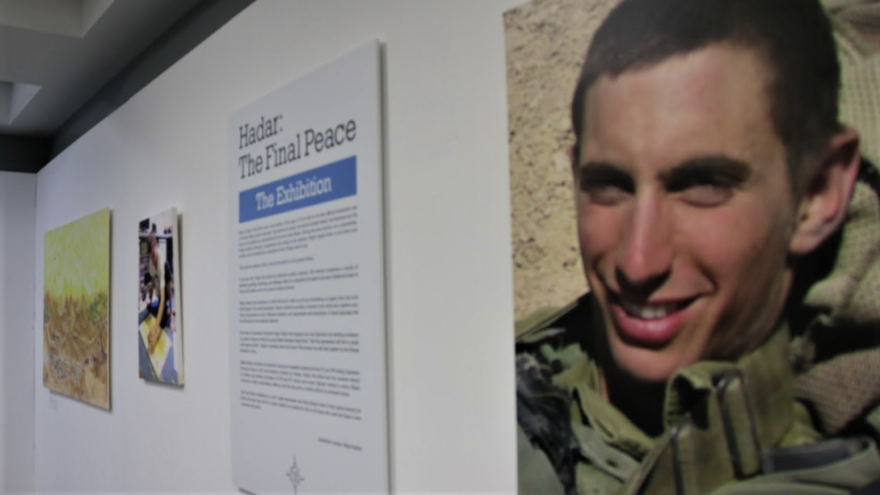 (June 3, 2022 / JNS) Works of art created by Hadar Goldin, an Israel Defense Forces soldier killed in 2014 by Hamas terrorists during “Operation Protective Edge,” are being showcased in an exhibition in Philadelphia for the next two weeks.

The pieces will be on display at the Kaiserman JCC in Wynnewood in an exhibition titled “Hadar: The Final Peace.” The exhibit was organized by the Jewish Federation of Greater Philadelphia and the Kaiserman JCC, in partnership with the Consulate General of Israel in New York and the Hadar Goldin Foundation.

Hadar’s artwork has already been presented to the United Nations and featured in international traveling exhibits.

In August 2014, Goldin, a 23-year-old-lieutenant in the IDF’s Givati Brigade, was kidnapped and killed by Hamas terrorists in the Gaza Strip two hours after a ceasefire was agreed upon as part of the conclusion of the Israeli military operation. Goldin’s parents are still waiting for the return of his body for burial in Israel.

The new exhibition celebrates the life of the former IDF soldier as a talented artist but his family said they hope the showcase will also encourage others to advocate for the return of his body, and that of another soldier killed by Hamas in Gaza that summer, Oron Shaul. 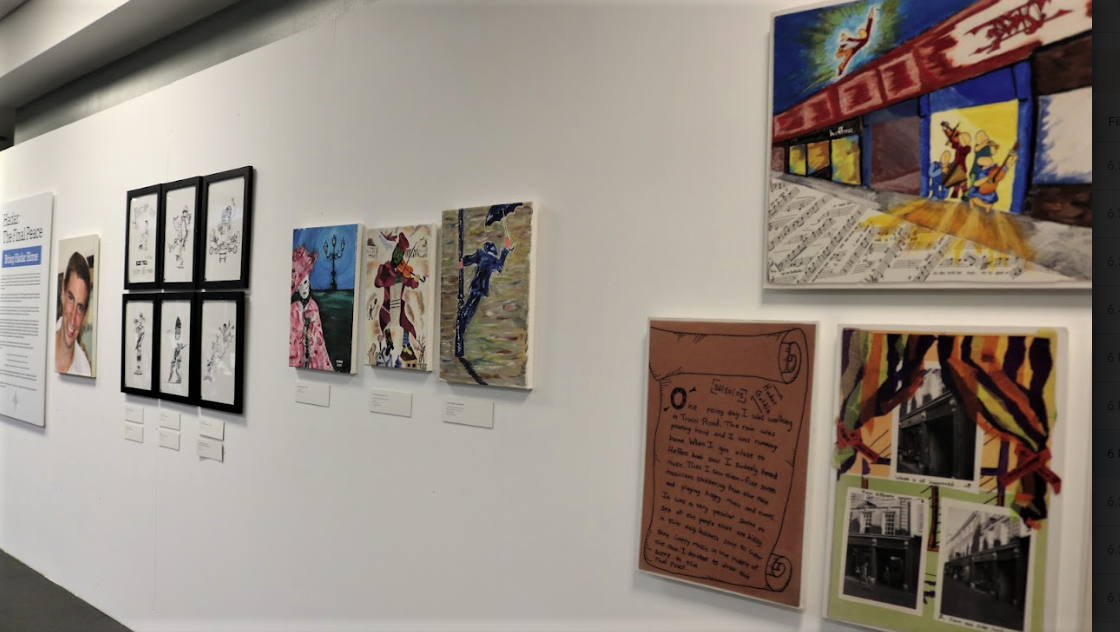 The artwork of slain Israeli soldier Hadar Goldin is on display at an exhibit in Philadelphia, June 2022. Credit: Courtesy.

“I hope that people who visit this exhibit will join in the effort to bring Hadar home from Gaza after eight years, and help bring peace to Hadar, peace to his family, and peace to the world,” said Goldin’s mother, Leah Goldin.

Ambassador Asaf Zamir, who serves as the Consul General of Israel for New York, Pennsylvania, Ohio, New Jersey, and Delaware, gave opening remarks at the exhibit’s unveiling on Wednesday.

He noted that “looking at this artwork is beautiful, but also frustrating. It’s a reminder of the wonderful things in life, but also of the fact that Hadar is not home.”

The exhibition runs through June 17.