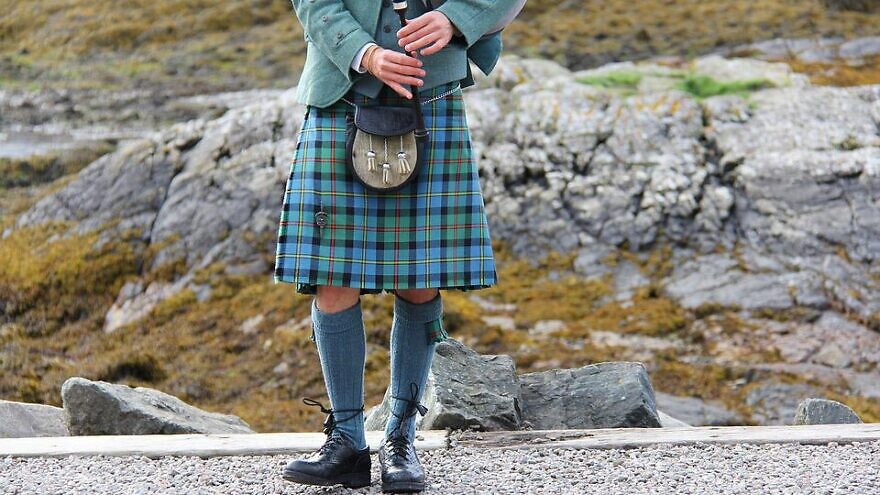 (May 25, 2022 / JNS) A photo-journalism spread published last week by The Guardian newspaper in England depicts the diversity of the United Kingdom’s Jewish population and challenges the stereotype of who is a Jew.

The essay, “Kilts, Mohawks and Plumbing: Smashing Jewish Stereotypes—in Pictures,” by Keith Kahn-Harris and photographer Rob Stothard, seeks to debunk the cliché of what a “typical” Jewish person looks like while also sharing the stories of those in the Jewish community.

The article is based on What Does a Jew Look Like?—a book released earlier this year written by Kahn-Harris, a lecturer at Leo Baeck College who runs the European Jewish Research Archive at the Institute for Jewish Policy Research. Stothard was the photographer on the project.

The 10 people included in the photo series hail from different religious and ethnic backgrounds, and live in various parts of the United Kingdom. Among those featured are a female rabbi, a kilt-wearing educator in Scotland and a plumber.

Each of the individuals featured offers a glimpse of their Jewish life and identity.

Sanjoy from Edgware in Northern London, said: “We were the only observant Jewish family—and the only non-white family—in the village. People were incredibly kind and friendly, but walking the three miles to shul (and back) every Saturday morning, and being the only kid from that area to attend the Jewish school, did make me feel different.”

Tattooed Rio from the city of Leeds related how his mother took him to the Auschwitz-Birkenau concentration camp when he was a teen. He also said that “I lit a menorah at home for the first time this year, despite still being irreligious, and was moved significantly by the experience. After all, a lack of faith made no difference to the Gestapo or the KGB.”

And Fiona, from the town of Brighton, noted that “wherever I have lived, being Jewish has been an integral part of who I am. It’s not something I’ve ever tried to hide or deny. Moving back to Brighton forced me to be a more public Jew, speaking out against the virulent anti-Israel behavior I saw in the city.”