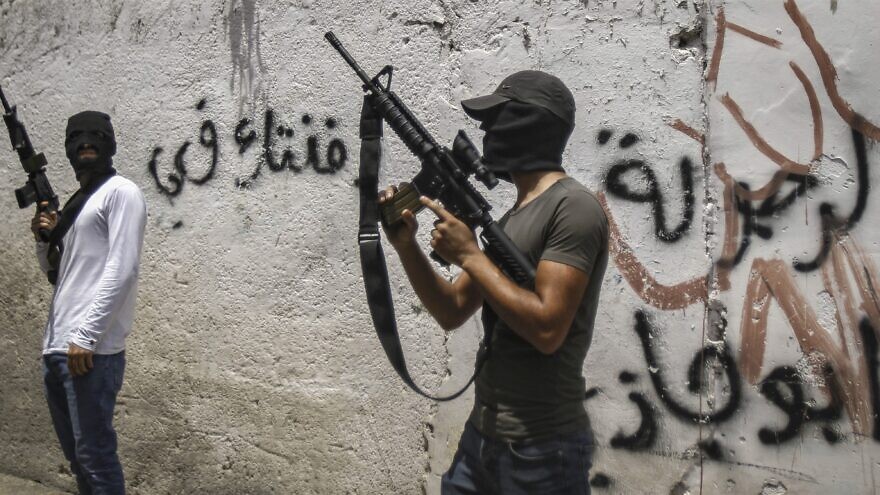 (December 14, 2022 / JNS) Seventy-two percent of the Palestinian public supports the activities of terrorist groups such as Lions’ Den, according to the latest poll conducted by the Palestinian Center for Policy and Survey Research (PSR).

The poll found that 79% oppose the surrender of armed group members and their weapons to the Palestinian Authority to receive protection from Israeli assassination.

Indeed, 87% said the P.A. had no right to arrest members of these armed groups, either to stop them from carrying out attacks against Israelis or to protect them from Israeli retaliation.

A majority, 59%, expected armed groups to expand and spread to other areas in Judea and Samaria. Fifteen percent said Israel would succeed in arresting or killing their members and 14% expected the P.A. to contain or co-opt the groups.

The poll also found that if presidential elections were held today, Hamas leader Ismail Haniyeh would defeat P.A. leader Mahmoud Abbas (54% to 36%). The results mirror those of three months ago, which showed Haniyeh beating Abbas 53% to 38%.

If new legislative elections were held, 34% said they would vote for Hamas and 34% for Fatah. All third parties combined would garner 10% of the vote. Twenty-one percent were undecided.

Abbas’s decision to push off elections to the Palestinian Legislative Council in May 2021 was widely seen as being due to his fear of a Hamas takeover.

The poll included in-person interviews with 1,200 adults in 120 randomly selected locations between Dec. 7 to 10, and had a 3% margin of error.