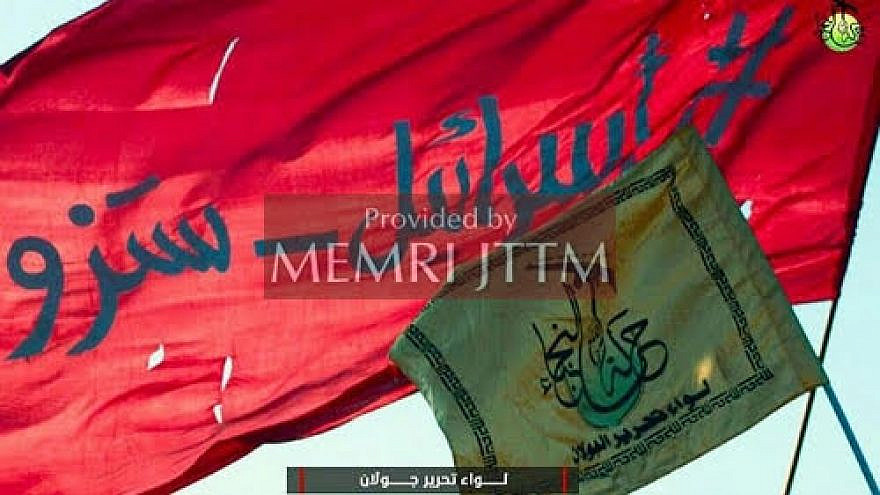 (June 16, 2021 / JNS) The pro-Iranian Shi’ite Iraqi Al-Nujaba movement announced that its Golan Liberation Brigade is ready to embark on a campaign to “liberate the Golan” when the Syrian government gives the command, according to the Middle East Media Research Institute’s Jihad and Terrorism Threat Monitor (MEMRI-JTTM).

In an interview with Hezbollah’s Al-Ahed News website, spokesman Naser Al-Shammari said the brigade’s fighters have received advanced training and have weapons that can attack deep inside Israel.

Shammari said that “the Golan Liberation Brigade was established by the Al-Nujaba movement to serve as its main pathway to participation with the brothers in Syria in the campaign to liberate the Golan [Heights], which is drawing nearer every day.”

He voiced support for the proposal by Hezbollah leader Hassan Nasrallah that a violation in Jerusalem would mean regional war.

In a speech last month marking the anniversary of Israel’s withdrawal from Lebanon, he expressed his “personal opinion” that a new equation should be determined to deter Israel, according to which “[a violation] in Jerusalem means regional war.” He claimed that all resistance movements would join against the Jewish state.

The Al-Nujaba spokesman also said that such a war would include all territory controlled by the axis of resistance and would attack not only Israeli interests but those of the United States, in addition to others in the region that collaborate with America and Israel.

The militia said the brigade was formed in 2017.