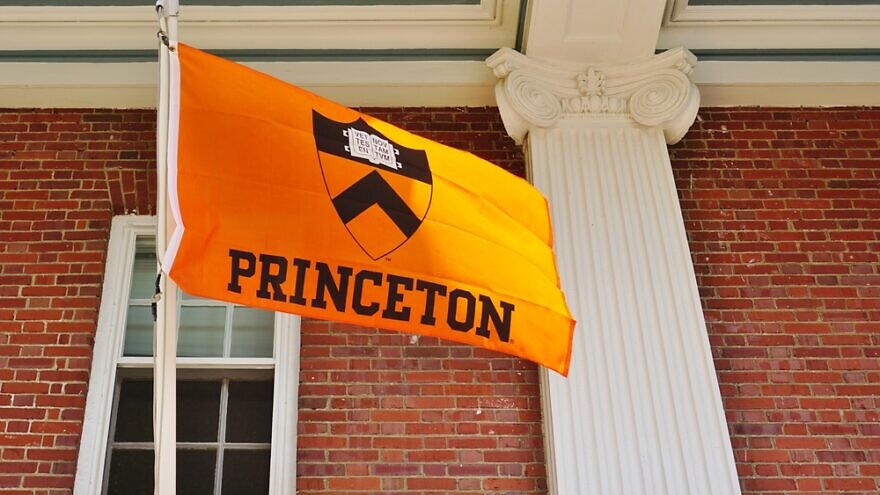 (April 12, 2022 / JNS) A referendum set to be voted on this week by Princeton University’s Undergraduate Student Government calls on the campus to stop using Caterpillar machinery for construction because the company’s machines are used by the Israeli government in the demolition of Palestinian homes.

The referendum, sponsored by the Princeton Committee on Palestine, said Caterpillar must be boycotted because of “the violent role that Caterpillar machinery has [purportedly] played in the mass demolition of Palestinian homes, the murder of Palestinians and other innocent people, and the promotion of the prison-industrial complex.”

The Princeton University student body is slated to vote on the referendum from Monday through Wednesday.

AEN said that although the referendum does not explicitly reference BDS, “the explanation submitted by its main sponsor, the Princeton Committee on Palestine, makes it clear that the impetus for this referendum is to situate the campus within the global anti-Israel BDS movement.”

“From our vantage point, we are increasingly concerned that this unbridled hatred of Israel is undermining the mission of the academy,” AEN advisory board chair Mark Yudof, executive director Miriam Elman and managing director Josh Suchoff wrote in an email sent to Eisgruber.

“We note with urgency that student activism around BDS is inimical to the inclusive, tolerant and respectful learning community to which you and so many other university leaders aspire. Should the proposed measure pass, we call on you to reject it and reaffirm your commitment to ensuring that Princeton remains a welcoming and inclusive learning environment for Jewish and all students,” they wrote.

“Quite frankly, BDS creates divisions and polarizes the campus,” the signatories also noted. “Indeed, research that we recently released shows that pro-BDS student activism leads to a marked increase in anti-Semitic incidents and bias reporting on campus. While many well-meaning people gravitate to BDS believing that it offers a means for advancing social justice and peace in the Middle East, the reality is that this movement is reactionary and fundamentally illiberal.”

Other pro-Israel groups across the nation have spent more than $1,000 on Facebook ads against the referendum, Princeton’s student-run newspaper reported on Sunday.

Orli Epstein, vice president of Tigers for Israel—an Israel advocacy group at Princeton—wrote an opinion piece for The Daily Princetonian last week in which she said the referendum “utilizes a seemingly innocuous issue—whether to use Caterpillar machinery for campus construction projects—as a vehicle for hatred and bigotry that will undoubtedly harm students in our community.”