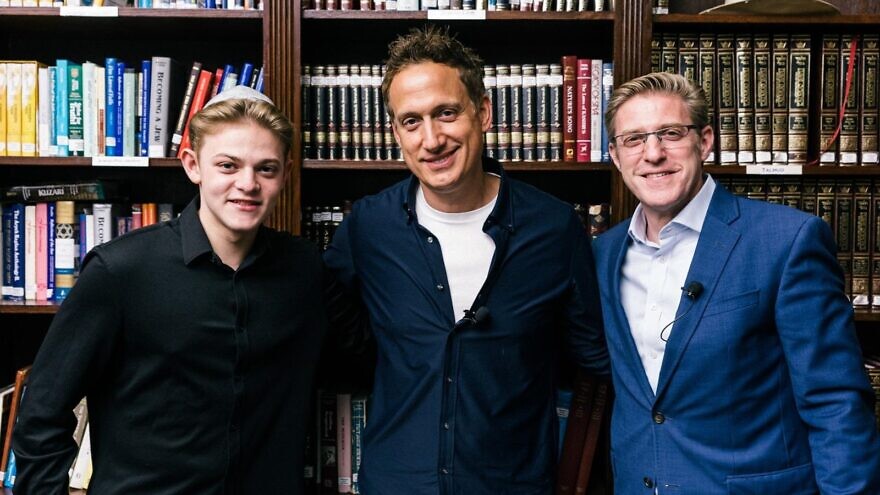 (August 23, 2021 / JNS) In the early days of the coronavirus pandemic, Rabbi Mark Wildes, founder and director of Manhattan Jewish Experience (MJE), was looking for ways to keep students and young adults engaged with Judaism and each other. As the High Holidays approached, he started a WhatsApp “challenge group” providing listeners with a Torah insight for each day. Hundreds tuned in, and as the project gained momentum, their discussions formed the basis for Wildes’s newly released book, The 40 Day Challenge.

Drawing on sources ranging from the ancient Maimonides and the Talmud to the current—with public figures like NFL quarterback Tom Brady and former presidential candidate and U.S. Secretary of Housing and Urban Development Ben Carson thrown in as examples—and taking ethical lessons from historical figures like Abraham Lincoln, the book is written in self-help style. It presents the reader with daily reflections from scripture, history and the rabbi’s own mental database, and poses a small daily challenge, culminating in serious reflection approaching Rosh Hashanah and Yom Kippur.

The book’s theme is preparation—or the idea, to paraphrase Thomas Edison (one of the inspirational figures quoted in the book), that we need to perspire or prepare in order to reach individual potential.

Wildes, whose organization, MJE, provides outreach and education to less affiliated Jews, especially singles in their 20s and 30s, believes that most worshippers could get more from the High Holidays if they prepared for them in advance.

“The High Holidays are when a lot of people in the Jewish community tend to come out of the woodwork,” says Wildes, whose organization’s efforts have resulted in 344 marriages. “We go to services and expect magic. But I feel if we all did a little more prep, we could get more out of it. Thomas Edison famously said, ‘Genius is 1 percent inspiration and 99 percent preparation.’ 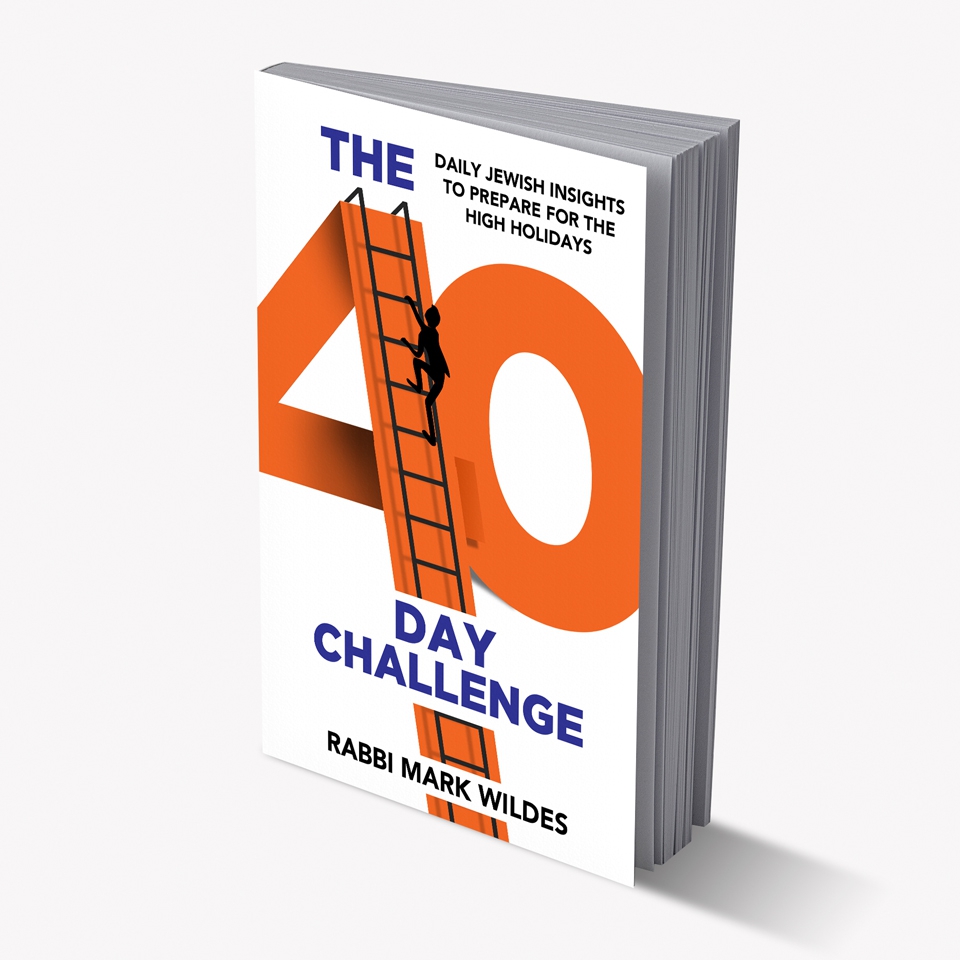 “So we’ve got to perspire a little more.”

Asked why he chose to include famed Brady in a book about Jewish spirituality, Wildes says he considers Brady a role model in terms of preparation.

A big part of Jewish wisdom, says Wildes, is that actions and discipline can help people grow and realize their potential.

“I chose Tom Brady as an example because he, more than anyone, is a crazy preparer,” says Wildes. “After winning six Superbowls, Brady trained each day at 5:30 a.m. and kept a strict diet. Once, when a teammate showed up to practice with him at 6:30, he greeted him by saying, ‘Good afternoon.’

“Any successful person will tell you that nothing can replace preparation. To quote Rabbi Joseph B. Soloveitchik, ‘There can be no holiness without preparation.’ ”

The book is about how “the way you behave externally can affect the way you feel internally,” and is designed to “help people grow and actualize their potential,” says Wildes.

It has gained momentum in New York’s singles and psychology-minded communities; a recent book-launch discussion between Wildes and Jewish comedian Elon Gold drew some 200 attendees, and many say it helps serve as a tonic for stressful times.

“Reading through a whole book these days is a challenge for many people, and these bite-size reflections allow the reader to consume the info in a digestible fashion,” says Dr. Nava Silton, professor of psychology at Marymount Manhattan College on New York’s Upper West Side. “I think the opportunity to have a 40-day period to accomplish physically, emotionally and mentally these various exercises is … inspiring and illuminating and incredibly helpful.”

Reverse the ‘if only’ thinking and practice acceptance

Elul, explains Wildes, forms an acronym for the verse in the “Song of Songs”: “I am for my beloved and my beloved is for me.”

“ ‘Elul’ backwards forms the Hebrew word ‘Lule,’ which means, ‘If only,’ ” he says. “Much of the year, we live a ‘Lule’ kind of existence where we say, ‘If only my life were different, and my condition were different, then my life would be better.” 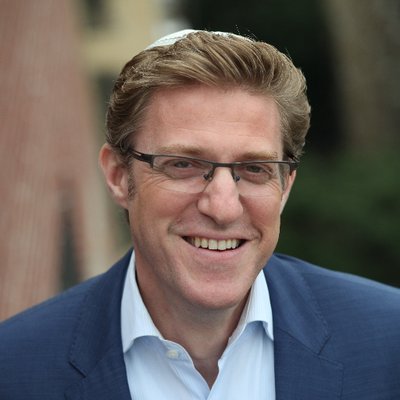 As the Hebrew word “Elul” reverses the word of “if only,” Jews are prompted at this time of year to reverse the “if only” thinking and practice acceptance, he says.

“Elul is about embracing our reality as it is, and appreciating what has been given to us,” he says. “Not, ‘If only I had been given different circumstances, if only this or that did not happen to me,’ but instead, ‘What can I do with what I have?’ ”

Each chapter tells a story, offers an anecdote or spiritual insight, and provides the reader with a challenge to jot down insights and goals, workbook-style.

One chapter in the book, “Making Music With What Remains,” tells a moving story about famed violinist Itzhak Perlman who, after contracting polio at age 4, walked with crutches for the rest of his life and became a musical genius. Once, after one of his violin’s strings snapped during a performance, Perlman continued to play and received a standing ovation. Afterwards, the virtuoso famously remarked, “Our task is to make music with what remains.”

In another chapter, “Play the Ball, Not the Person,” Wildes, who believes in hearing multiple sides of an argument (in the run-up to the 2016 presidential election, he hosted representatives of both Hillary Clinton and Donald Trump at MJE,) stresses the need to maintain respect for ideological opponents in discussion and debate.

As an example, he cites the Talmudic sages Hillel and Shammai, pointing out that they often disagreed profoundly on the issues of their day, including regarding marriage and divorce, “but they did not prevent their respective followers and students from marrying one another.” Nor did they demonize one another in any way; rather, they recognized, like the English philosopher John Stuart Mill famously wrote, “It is only by the collision of adverse opinions” that truth has any chance to emerge, and debate should not be about demeaning one’s opponent but about studying the issues.

To achieve real intellectual and spiritual growth, Wildes advises “refrain[ing] from personalizing the issue by shifting the focus from the individual back to the idea.”