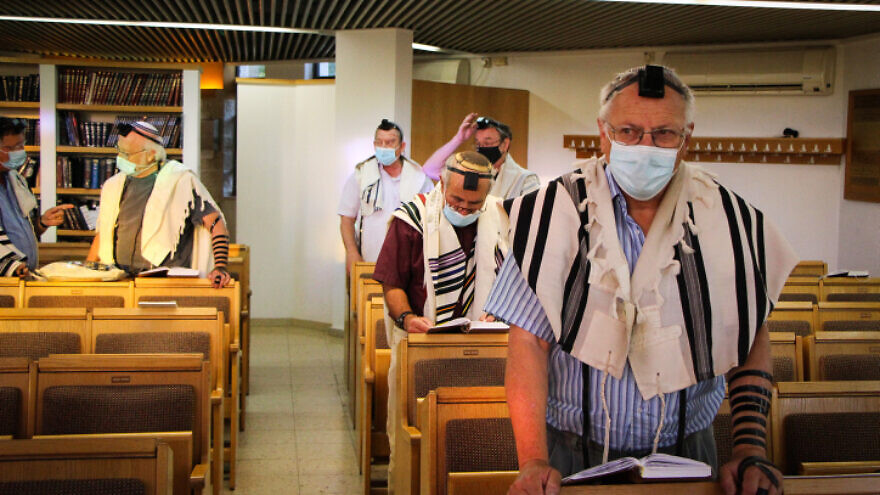 (August 18, 2021 / Israel Hayom) Rabbis in Israel are launching a campaign against COVID-19 vaccine refusal, including a recent rabbinical ruling that unvaccinated individuals may not enter synagogues, participate in a minyan or be called to the Torah.

Chief Rabbi of Ramat Gan Yaakov Ariel, considered one of the leading Religious Zionist halachic authorities, has ruled that members of the community who decline to be vaccinated must face consequences for their actions, as they are endangering others.

“A person who does not get vaccinated goes against Jewish law, which demands that people remain healthy. We need to demand that everyone be vaccinated,” decreed Ariel.

“We must demand that unvaccinated people stay away from others. They should show respect by staying home and not infecting others. If someone like this arrives at a place where others are gathered, he [or she] must be asked to leave. Of course, not through violence, but he must not be allowed to remain [inside],” wrote Ariel.

“We must make the simple demand: Do not cause us harm,” he added.

Ariel underscored that individuals who refuse to be vaccinated “must not be allowed into synagogues, to participate in a minyan, or be called to the Torah.” He said they could stay home or pray outside the synagogue.

Ariel joins a number of other leading rabbinical authorities in Israel who have adopted an almost unprecedented stance against vaccine refusal. This week, Rabbi Yitzhak Yehuda Yaroslavsky, a senior rabbi in the Chabad movement and head of the rabbinical court, also ruled that unvaccinated worshippers may not enter synagogues.

In related news, an unusual incident took place this week at a Torah lesson given by Rabbi Ben Zion Mutzafi. During the lesson, the rabbi argued with a student who claimed that “the Jewish people are not a laboratory.”

An outraged Mutzafi threw the student out. “More than 6,500 people have died,” the rabbi told him. “Stop with your nonsense.”