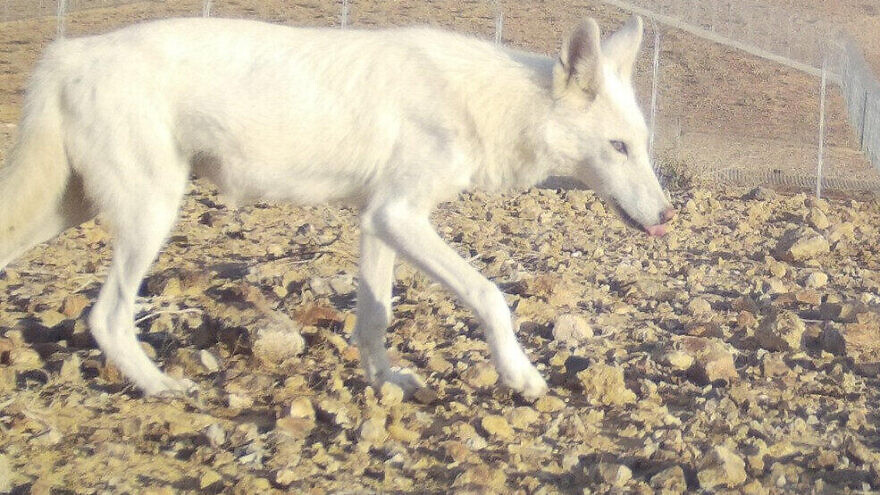 (December 25, 2022 / JNS) A wolf with rare white fur was photographed roaming the Negev region. Making it still rarer is that it’s not an albino.

“At first glance, you might think it is an albino wolf, but its eyes are not red,” Dotan Rotem, an ecologist with the Israel Nature and Parks Authority, told Ynet in a report published on Sunday.

The wolf’s white appearance is the result of a condition known as leucism. “This is a phenomenon involving a rare genetic combination that causes the wolf to have white fur,” Rotem said.

“In small species, which are prey for larger species, albinism can be a problem because they are more noticeable in the field. Sometimes the albinism phenomenon is also characterized by a tendency to skin diseases and other sensitivities,” he said.

The wolf was identified thanks to ground cameras set up by the Israel Parks and Nature Authority to study the behavior of wild animals in open areas of the Negev.

White wolves have been seen before in Israel, including in 2012 in Evrona, a nature preserve near Eilat, and in 2015 in Mishor Yemin, a nature park in the northern Negev.