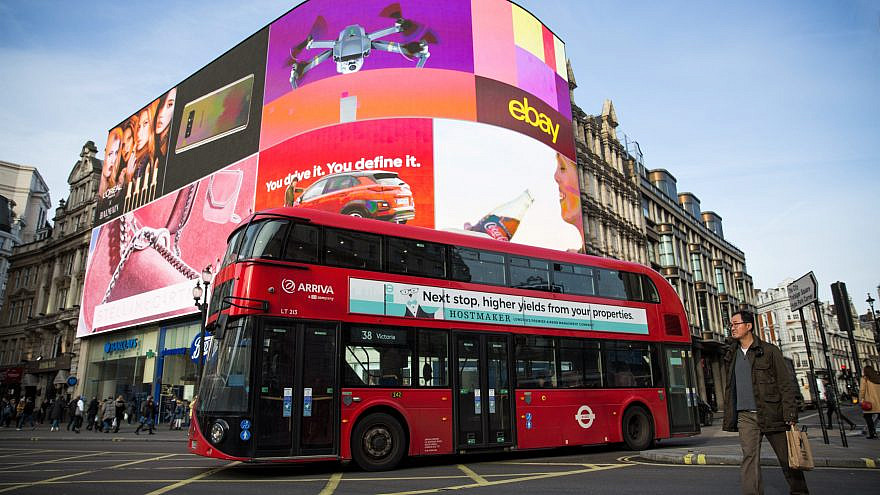 (February 11, 2021 / JNS) A report released on Thursday shows a slight decrease in the number of anti-Semitic incidents in 2020 across the United Kingdom, even though the numbers still remain quite high.

These were the findings of the United Kingdom’s Jewish communal security group, Community Security Trust.

The highest monthly totals in 2020 were January (188 incidents), February (140 incidents), June (178 incidents) and July (180 incidents). “They correlate neatly with the periods in the year that lockdown measures were either not-yet-existent or most relaxed (in the case of the latter two),” said the report.

A total of 328 anti-Semitic incidents were reported in January and February before the coronavirus pandemic began, while another 358 were recorded in June and July when lockdown measures were relaxed in the United Kingdom.

Also explained in the report was “a new type of anti-Semitic incident” that surfaced during the pandemic in which educational, religious and social online events were “hijacked with anti-Semitic content,” also called “Zoombombings.’ ”

The report said 19 “Zoombombings” were recorded last year and “this problem became so prevalent CST had to develop specialist online security advice to counter it.”

CST chief executive Mark Gardner commented on the report saying: “CST had hoped that anti-Semitic incidents would fall by more than this during 2020. The fact that they didn’t means we must remain even more vigilant for 2021, especially as the economic impact of COVID-19 may cause more extremism and division within society.”