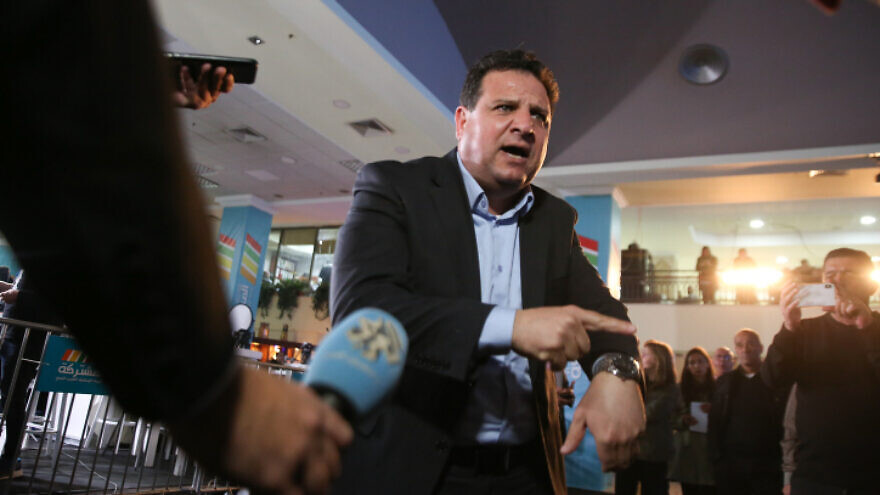 According to the report, the transfer of cash took place when Odeh visited Paris in March 2018, to attend a conference organized by the United Nations Educational, Scientific and Cultural Organization. While in the French capital, Odeh—then head of Israel’s far-left Hadash Party—met with P.A. treasurer Ramzi Khuri, who served as bureau chief of the late Palestinian Liberation Organization chairman Yasser Arafat, at a fancy restaurant.

The report said that during the meeting, Khuri gave Odeh an envelope believed to contain about $20,000.

Khuri later told associates that the funds were a “campaign donation” for Hadash, the report said.

A source privy to the meeting, however, told Channel 20 that “Khuri funds various expenses that MK Odeh has as the head of an Arab party. … The funds were given to Odeh with the knowledge and approval of Abu Mazen [P.A. leader Mahmoud Abbas].”

“Abu Mazen saw Odeh as having the power to change the political map. The funds are meant to cover Odeh’s personal expenses ahead of the elections in Israel,” the source alleged.

Officials in Ramallah and Hadash were unfazed by the report, telling the channel that it was “standard practice” for the P.A. to make donations to political parties and organizations.