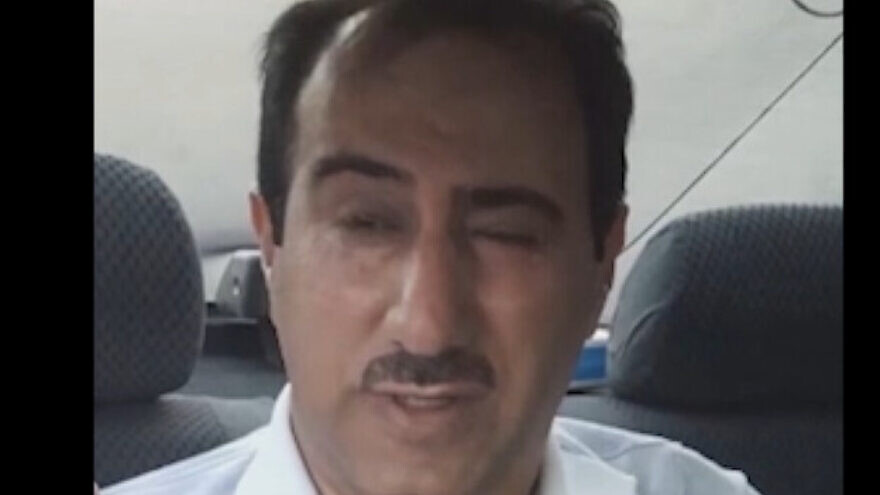 This picture, released along with what Israeli media claimed was an audio clip of excerpts from his interrogation in Iran, shows Mansour Rassouli, 52, of Iran, who was reportedly part of an Iranian plot to assassinate an Israeli diplomat in Turkey, along with a U.S. general in Germany and a journalist in France. Source: Twitter.
Spread the word.
Help JNS grow!
Share now:

(May 1, 2022 / JNS) Israel’s Mossad intelligence agency has thwarted a plot to assassinate an Israeli diplomat in Istanbul, as well as a U.S. general in Germany and a Jewish journalist in France, Israeli media reported on Saturday.

Mansour Rassouli confessed to Israeli agents during an interrogation in his home in Iran that he had been tasked with the assassinations by the Islamic Revolutionary Guard Corps, according to veteran Israeli journalist Alon Ben-David.

An audio clip, ostensibly a part of Rassouli’s interrogation, was released for publication on Saturday. In it, he can be heard stating his name and that of his father, before giving details of the assassination plot, stating that he had “made a mistake” and vowing to take no further steps in connection with it.

Rassouli told his interrogators he had received $150,000 from the IRGC to prepare for the mission, and that he was to receive an additional $1 million after carrying out the assassinations, according to Iran International.