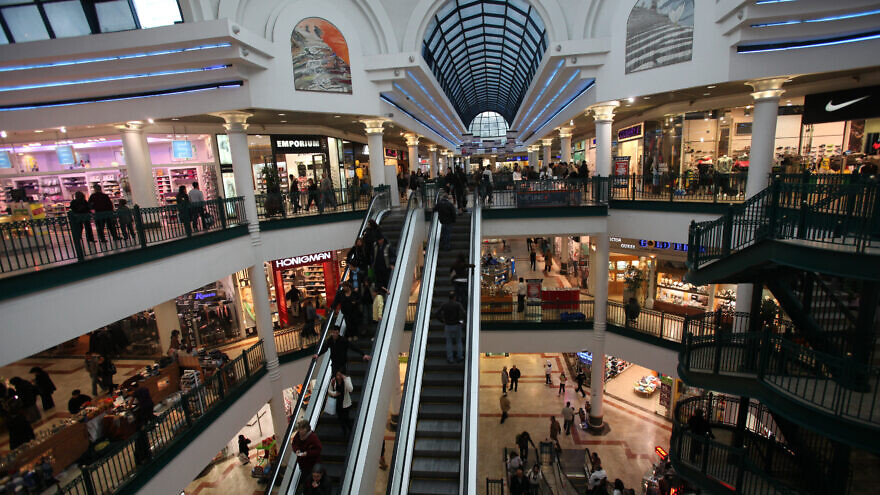 The Malha Mall in Jerusalem in 2009. One of seven malls built in Israel by David Azrieli, it has 260 stores on three levels. Photo by Yossi Zamir/Flash90.
Spread the word.
Help JNS grow!
Share now:

(November 2, 2020 / JNS) Some large retail merchandise chains and small shops in Israel are defying the government restrictions and opening their doors in protest against the government’s lockdown, which, like so many other nations worldwide, has been disastrous for the economy and individual business owners.

According to a report on Monday in the Israeli business daily Globes, more stores are deciding to open following the announcement on Sunday that Big Shopping Centers are set to operate in low infection areas with Rani Zim Shopping Centers joining in the move. Other chain stores also opened, such as home-furniture store Beitili, baby store Shilav, Steve Madden shoes, Factory 54 clothing and Replay clothing.

Gyms are also pushing the government to run, including Holmes Place, whose lawyers wrote to the Ministry of Health on Monday, threatening a lawsuit for compensation if a plan to reopen immediately does not occur, the report said.

Meanwhile, according to Globes, the unemployment rate has reached a whopping 22 percent.