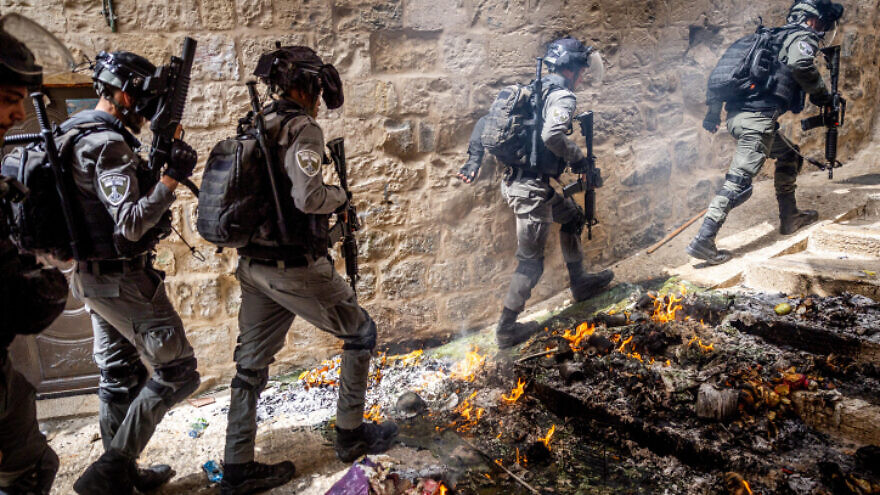 (April 18, 2022 / JNS) As violence continued in Jerusalem on Sunday, politicians expressed outrage and frustration at the Bennett-Lapid government.

Opposition leader Benjamin Netanyahu tweeted: “We must not ignore that dozens of buses were targeted by rocks today in the heart of Jerusalem. I pray the wounded will recover. We must act with a strong hand against terrorism and restore calm and security to the capital of Israel immediately.”

Shas leader Aryeh Deri wrote, “The government, because of survival considerations, is stopping security forces from doing their work. Jews making a pilgrimage to the Western Wall cannot be targeted by rocks thrown by accursed terrorists, whose only goal is to murder. I call on the frightened government to allow security forces a free hand and immediately set up security that will allow buses to reach the Western Wall safely.”

Knesset member Bezalel Smotrich, head of the Religious Zionist Party, tweeted: “Jews should not be afraid and shouldn’t be attacked anywhere in the Land of Israel, and certainly not in Jerusalem and on their way to the Western Wall, and most certainly not on Passover. Every day this ineffectual government, which depends on enemies of Israel, continues to exist, it puts Israel and the Jews who live there in danger. We will do everything possible to replace it.” 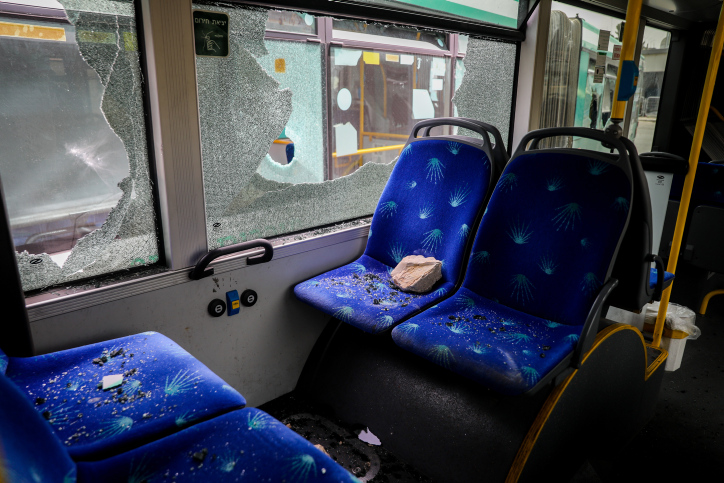 A bus in Jerusalem on April 17, 2022, was stoned by Palestinian rioters outside Jerusalem’s Old City. Photo by Yonatan Sindel/Flash90.

MK Yoav Kisch of Likud touched on the arrests carried out on the Temple Mount on Friday, but claimed that the rioters detained had been released, which he said led to Sunday’s spike in violence.

“Friday was successful at the operative level and ended with about 470 violent Arab rioters being arrested. The arrests were a response to the mass violence on the Temple Mount. The problem is that after orders from the political leadership, the police were forced to let them go. Unfortunately, we are paying the price for this ineffectuality today,” tweeted Kisch.

Kisch’s fellow Likud MK Ofir Katz tweeted, “Two months ago, the coalition shot down my bill proposing more severe punishments for rock throwers. This morning, we are seeing terrorists who are unafraid, attempted murder, wounded kids, fear. But why should that concern [Prime Minister] Bennett?”

Earlier on Sunday, Diaspora Affairs Minister Nachman Shai discussed threats by Ra’am to leave the coalition over the arrests of rioters on the Temple Mount.

Speaking to Kan News radio, Shai said: “We cannot forgo the security of Israel and the security of worshippers to keep the coalition intact at any price. We will not expose ourselves to pressures and extortion.”

Shai said the rioters had been arrested to “prevent escalation and killing. The moment people are killed at the Temple Mount, the Middle East goes up in flames. We need turkey, Jordan, and the Gulf states.”