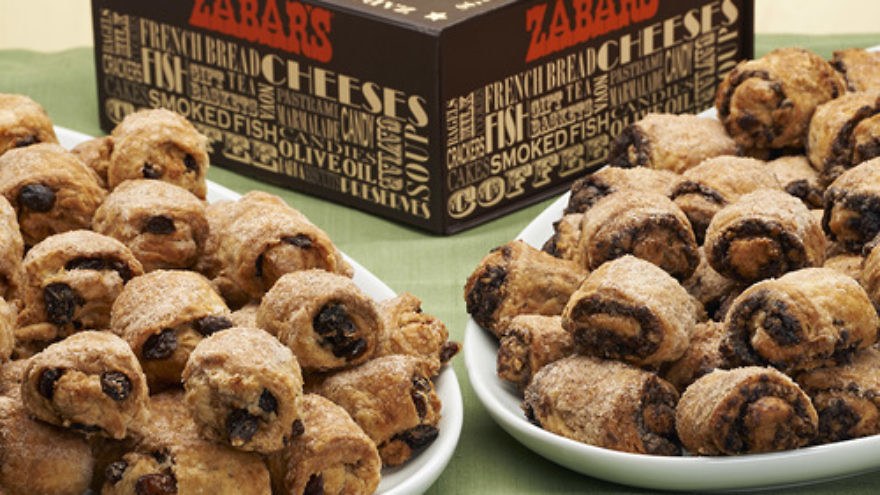 Rugelach (singular: rugala) are a beloved traditional Jewish pastry, with a quirky history to boot, but they often present a kosher conundrum. Though parve rugelach are often a preferred dessert after a meat meal for those observing kosher laws (which stipulate a waiting period between eating meat and dairy), some of today’s most popular rugelach are known for their dairy fillings.

Pastry chef Paula Shoyer—author of the books “The Kosher Baker: Over 160 Dairy-free Recipes from Traditional to Trendy” and “The Holiday Kosher Baker: Traditional & Contemporary Holiday Desserts”—calls herself “a huge fan of rugelach,” but says that over the years she has been “disappointed at the quality I find everywhere.”

“Kosher bakeries sell versions that are dry and filled with over-processed fillings, giving the cookies a fake, too-sweet taste,” Shoyer tells JNS.org. “As a result, I rarely buy them, or even eat them, at kosher events. The only rugelach I have enjoyed in years are from Zabar’s in New York, and those are good because they are made with butter and have so much chazerei (Yiddish for junk) in the filling.”

Shoyer, however, says she has perfected a parve rugelach recipe made with soy cream cheese and parve margarine. Like the Zabar’s version, she loads them up with lots of fillings. She calls them “everything rugelach,” and the recipe is included in “The Holiday Kosher Baker.”

“They are easy to prepare, have a flakey crust, and you can fill them with whatever you like,” says Shoyer.

Where do you rugelach come from, anyway?

According to Joan Nathan’s “Jewish Holiday Cookbook,” traditional rugelach are made in the form of a crescent by rolling a triangle of dough around a filling. Some sources believe rugelach and the French croissant share a common Viennese ancestor—crescent-shaped pastries commemorating the lifting of the Turkish siege during the 1683 Battle of Vienna. But this might be an urban legend, as both rugelach and their supposed ancestor, the kipferl, pre-date the early modern era, while the modern-day croissant did not originate earlier than the 19th century. This leads many to argue that the croissant is simply a descendant of either rugelach or kipferl.

Food writer and caterer Vered Guttman says the origins of rugelach date back to the Hungarian kifli, Austrian kipfel, and Polish rogal.

“The crescent-shape filled pastry was originally made with yeast dough and filled with fruit jams, poppy seed paste or nuts,” Guttman has written for the Israeli newspaper Haaretz. “Today rugelach may be the most popular sweet pastry both in the American Jewish community and in Israel.”

“Early versions used a yeast dough, but a recipe for the cream cheese version, popular today, was first published in 1950,” she tells JNS.org. “Today some are made into crescents, but many companies, including myself, like to bake the square ones which are faster to assemble and hold more filling inside. Over the years I have developed several recipes, including a rugelach dough that is chocolate, and I am currently working on a whole grain rugelach dough for Joy of Kosher magazine.”

Jane Moritz, owner of the Challah Connection vendor, has specialized in Jewish and kosher gifts since 2002. Her rugelach were voted “best mail order dessert” by David Rosengarten, an American chef, author, and television personality who hosted more than 2,500 television shows on the Food Network from 1994-2001. Moritz’s rugelach were also featured on Epicurious.com as one of food blogger Sarah Kagan’s suggested “Eight Delicious Hanukkah Gifts.”

Challah Connection assists customers with holiday shopping, sending gifts for occasions rangingfrom a housewarming to a shiva (Jewish mourning period), or simply gathering around the table with loved ones. The company, says Moritz, “takes the symbolic foods of the Jewish holidays and creates gifts around that for the most part, put people love our kosher bakery items no matter what the season. We can’t sell enough babka, challah, and rugelach.”

“Our rugelach really are delicious,” Moritz tells JNS.org. “They’re dairy-based rugelach. They’ve got butter and cream cheese, which is great, although some people like to have parve rugelach so they can have them after a meat meal.”

Moritz says regarding her website’s sales, “Babka may be taking the lead over rugelach, but we sell a lot of rugelach.”

The aforementioned Zabar’s rugelach are touted by the company’s website as the favorite rugelach of New Yorkers.

“When you catch the warm aroma of our rugelach,” the website states, “you’ll immediately know why New Yorkers think ours [are] the best. Zabar’s rugelach would make Grandma proud: made by hand, flaky, rich, sweet, fragrant, and stuffed with raisins or chocolate. Each order contains a full pound of our famous rugelach, in your choice of chocolate or raisin.”

The Zabar’s rugelach are made from cream cheese, butter, cinnamon, chocolate, raisins, and more.

“It’s an old family recipe,” Scott Goldshine, a store manager for Zabar’s in New York City, tells JNS.org. “Our store is highly regarded because, like our founders, we are very much sticklers for quality.”

Goldshine says Zabar’s emphasizes the principles of “quality control at all levels, constant tasting, constant sourcing of the best products available, rejecting things we don’t think are up to our standards.”

“Everybody’s grandmother has her own recipe for rugelach,” he says. “People make rugelach in different shapes and sizes and flavors. It’s morphed into many flavors. We carry 10. We do a very large business in rugelach. I can make a living selling just rugelach.”