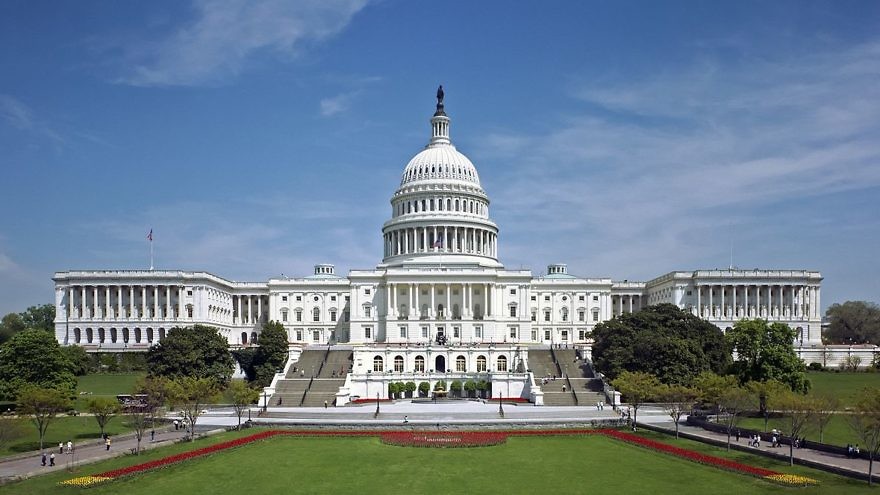 (July 18, 2021 / JNS) The Senate Homeland Security and Government Affairs Committee unanimously advanced a bill last week to develop and fund security for faith-based organizations, including schools, houses of worship and other religious institutions. It comes as violence against religious institutions rises in the United States.

The “Pray Safe Act” (S. 2123), introduced in the U.S. Senate on June 17 by Sens. Rob Portman (R-Ohio) and Maggie Hassan (D-N.H.), would direct the Secretary of the Department of Homeland Security with the Department of Justice, the executive director of the White House Office of Faith-Based and Neighborhood Partnerships and other agencies to create a central clearinghouse to help faith-based organizations and houses of worship protect themselves by streamlining information on security best practices, federal grants and training.

The bill was developed with input from the Orthodox Union Advocacy Center and Jewish Federations of North America.

“Faith-based and communal institutions across the country should be able to gather for religious worship and service without fearing for their safety,” JFNA CEO Eric Fingerhut said in a news release. “Protecting the ability of all Americans to live out their faith and gather as a community without fear or harm is one of the most important duties of the federal government.”

The bill is a response to violent attacks on faith-based organizations in recent years, including synagogues, mosques and churches.

“It is tragic that in the United States today, synagogues, churches, temples and other houses of worship can’t be assumed to be sanctuaries from violence and have been the sites of faith-targeted violence. Freedom to worship cannot be enjoyed without freedom from fear,” Nathan Diament, executive director for public policy at OU Advocacy Center, said in a press release. “This legislation, when enacted and implemented, will support the greater security and safety of our community’s synagogues and other community’s houses of worship. It is sad that we need this kind of legislation, but we do, and we call upon Congress to pass it right away.”

“It is deeply disturbing that we are living at a time now in which we are witnessing the worst anti-Semitic violence and incidents ever carried out in the United States,” said OU president Moishe Bane in a release. “These attacks are taking place in broad daylight on our city streets; in the past two weeks alone, a rabbi in Boston was stabbed in front of a Jewish day school and synagogue; a crowd burned an Israeli flag in Brooklyn while chanting for Israel’s destruction; and more than a dozen headstones at a Jewish cemetery in Baltimore were desecrated with swastikas.

“We need the federal government—and state and local governments—to respond forcefully,” he continued. “The Pray Safe Act is one important legislative remedy to help address the current crisis.”