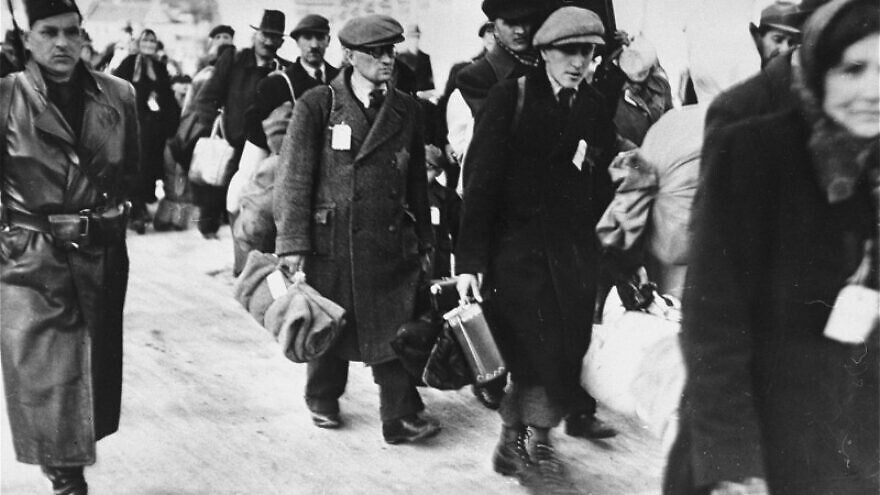 (September 9, 2021 / JNS) The Slovakian government apologized on Wednesday for World War II-era laws that stripped Jews of their rights.

On the 80th anniversary marking the adoption of the “Jewish Code” on Sept. 9, 1941, the Slovakian government said in a statement that it “feels a moral obligation today to publicly express sorrow over the crimes committed by the past regime,” reported the AP.

The laws, passed by the Nazi puppet state during the war, facilitated the transfer of Jewish assets to non-Jewish owners and prevented Jews from access to education.

According to census dated Dec. 15, 1940, about 88,951 Jews lived in Slovakia. In March 1942, Slovakia signed an agreement with Germany that permitted their deportation. It was the first Axis partner to consent to the deportation of its Jewish residents as part of the Final Solution.

The authorities sent more than 70,000 of their Jewish citizens to Nazi concentration camps, where most of them—as many as 60,000—were murdered.

“We welcome the declaration by the government of Slovakia apologizing for its anti-Semitic World War II era laws and actions,” said Conference of Presidents of Major American Jewish Organizations chair Dianne Lob, CEO William Daroff and vice chair Malcolm Hoenlein in a statement. “By this public recognition and statement of regret for the crimes of its wartime government, Slovakia is taking a welcome step towards atonement and reconciliation that was long overdue.”