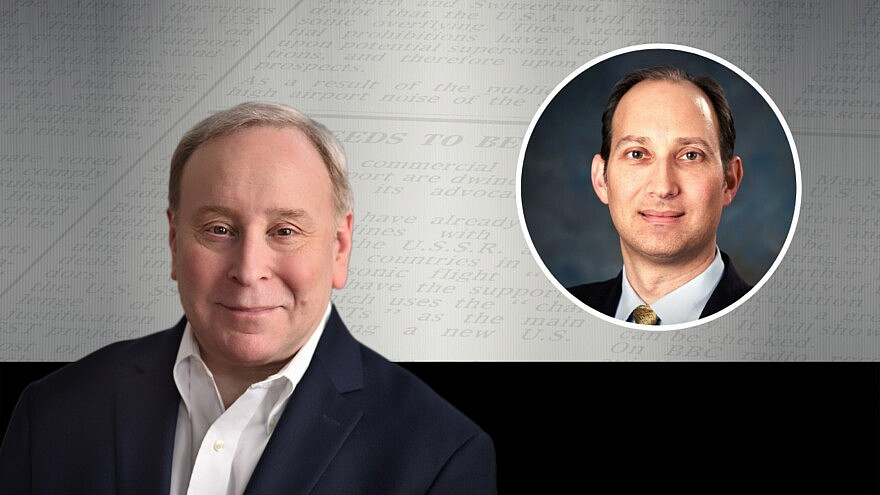 (December 8, 2022 / JNS) Is there any chance that those who misled or failed the public during the height of the coronavirus pandemic will be held accountable? In this week’s episode of “Top Story,” JNS editor-in-chief Jonathan Tobin and former Deputy Secretary of Health and Human Services Tevi Troy say that’s unlikely.

The two talk about the failures of the public health bureaucracy during the Covid pandemic, as well as the damage done to children by school closures that were supported and extended by teachers’ unions.

According to Troy, the problem wasn’t just the collapse of the officials’ credibility, but also that the CDC was and still is more interested in trying to change Americans’ behavior than in preventing communicable diseases.

Tobin and Troy agree that accountability is necessary, not amnesty. Chief among those who deserve blame, they argue, is American Federation of Teachers’ union boss and Democratic Party powerbroker Randi Weingarten, who relentlessly advocated for keeping schools closed, something they say caused invaluable harm to children.

“The downstream effects of closing schools were extremely detrimental,” says Troy. “And I think we’re going to be seeing the after-effects of this for a very long time to come in terms of less productivity, less educational attainment and deaths of despair.”

Troy also notes that it was clear that red states where people valued “liberty” and had a “lighter touch” on lockdowns generally fared better during the pandemic than those states that had a heavy-handed approach.

Antisemitism in the US

Troy, who served as White House liaison to the Jewish community during the George W. Bush administration, also addresses the growing problem of antisemitism.

“We are not going to be able to address this problem unless we see antisemitism and all of its sources,” Troy says. He points out that there are four sources of antisemitism in the United States: Anti-Israel hysteria from the left, white nationalists on the far right, Muslim antisemitism that is rooted in hate for Israel and the one that “liberals really don’t want to talk about: African-American antisemitism.”

Troy points out that the Anti-Defamation League has “fallen down on the job” in dealing with this problem because it is only focused on hate on the right.