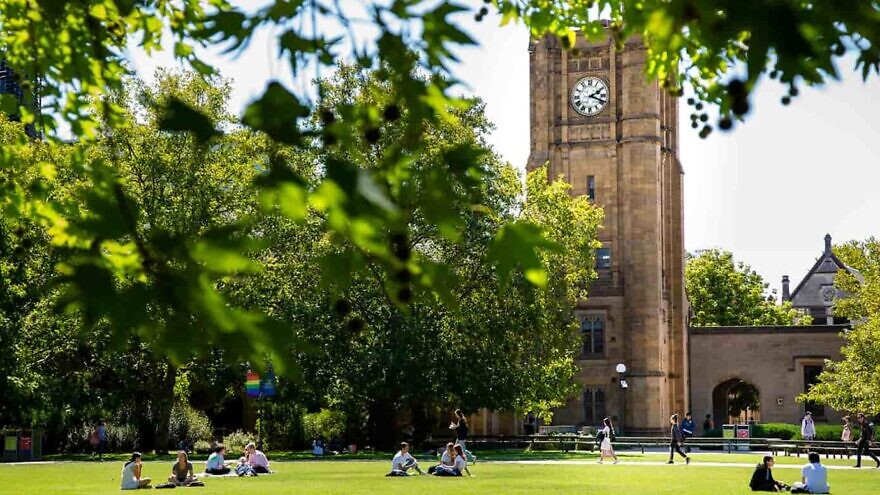 (May 31, 2022 / JNS) The University of Melbourne Student Union (UMSU) has voted to rescind an anti-Semitic measure passed in April that endorsed the BDS movement against Israel.

The motion had defined Zionism as “a racist, colonial ideology”; called Israel a “settler-colonial apartheid state”; accused the country of “massacres, forced expulsion and ethnic cleansing of Palestinians,” and supported Palestinians “to engage in self-defense against their occupiers.”

University officials had condemned the measure, saying it was not a reflection of the views of the school administration.

According to The Age newspaper in Australia, Justin Riazaty, a law student who is not Jewish, threatened to file suit against the student union claiming their actions violated the country’s Racial and Religious Tolerance Act of 2001.

The Australasian Union of Jewish Students said in a statement on Thursday that they had held “countless” meetings with UMSU in the aftermath of their vote on April 29.

“The original UMSU motion was put forward over the objections of Jewish students,” the Jewish student union further said. “UMSU attempted to define Judaism, Zionism and anti-Semitism in a way that solely reflects the views of a fringe group of Israel-haters but bears no relationship to the lived experience of the Jewish people.”

The Jewish student group added that it calls on student groups “to ensure that unions represent the viewpoints of all students.”

“Universities and their student representative bodies should be places for well-informed, nuanced and open dialogue rather than hectoring polemics,” said the Australasian Union of Jewish Students. “We simply ask that student unions consult AUJS and relevant Jewish bodies on campus before putting forward motions impacting Jewish students.”