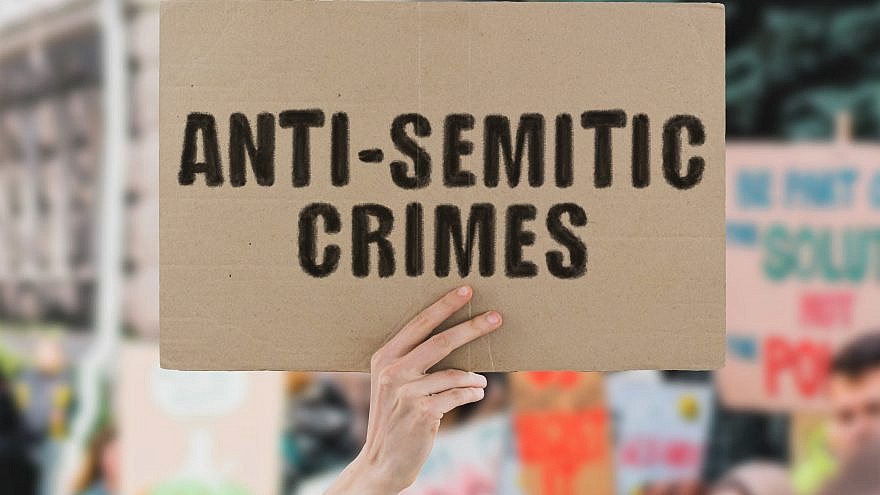 (September 20, 2021 / JNS) A new survey has found an alarming level of anti-Semitism experienced by Jewish students on college campuses, with students who claim a strong sense of Jewish identity and connection to Israel feeling unsafe and the need to actively hid their identity.

The survey, which polled 1,027 members of the predominately Jewish fraternity Alpha Epsilon Pi (AEPi) and the leading Jewish sorority Alpha Epsilon Phi (AEPhi), found that nearly 70 percent of the students surveyed personally experienced or were familiar with an anti-Semitic attack in the past 120 days, with more than 65 percent of these students feeling unsafe on campus and one-in-10 fearing physical attack. Furthermore, 50 percent of students said they have felt the need to hide their Jewish identity.

The poll was conducted between April 14-20 by the Cohen Research Group in conjunction with the Louis D. Brandeis Center for Human Rights Under Law. It was the first to specifically examine rates of anti-Semitism among college students who claim a strong sense of Jewish identity, with more than 60 percent of the students surveyed belonging to Hillel and nearly half to Chabad on Campus, and more than 80 percent supportive of Israel and 60 percent having visited Israel.

The survey noted that campus anti-Semitism is most often experienced through words and offensive statements targeted at Jews as a community, including comments such as Jews are “greedy” or “cheap.” Additionally, it found that Jews have a collective responsibility for Israel’s military actions was “relatively common,” noting that it was conducted before the May 2021 Gaza conflict, which saw a major spike in anti-Semitism across the United States.

“Students are experiencing traditional anti-Semitism in the form of anti-Semitic tropes and a newer form of anti-Semitism as it relates to Israel,” according to the survey. “It is significant that the anti-Zionism and anti-Israelism reported in this survey was experienced before the recent Israel-Gaza hostilities. It is likely that had the survey taken place in May, the number of anti-Semitic incidents relating to Israel would have been higher and the percentage of students expressing fear of being targeted would have been greater than reflected.”

Kenneth L. Marcus, former assistant U.S. secretary of education for civil rights, and founder and chairman of the Louis D. Brandeis Center for Human Rights Under Law, said the findings ring some “consequential alarms” and more “closely resembling previous dark periods in our history, not the 21st century in the U.S.”

“They reveal that students for whom being Jewish is a central or important aspect of their identity are feeling increasingly unsafe visibly expressing their Judaism for fear of harassment, social bullying and other anti-Semitic attacks,” he said. “And they expose that increased anti-Semitic acts, which attempt to hold Jews responsible as a collective, for the actions of the Israeli government, are driving more and more students to hide their support for Israel.”

He said more needs to be done not only to “push back against the rise of anti-Semitism on campuses but to make sure that every Jewish student who wants to express their pride in their heritage or religion can do so without fear of violence or harassment.”

“In 2021, Jewish undergraduates should not have to hide their identity,” said Sharon Raphael, national president of AEPhi. “We are in a time when college students are leading the way in equity and inclusion, Jewish students must be included in that activism.”