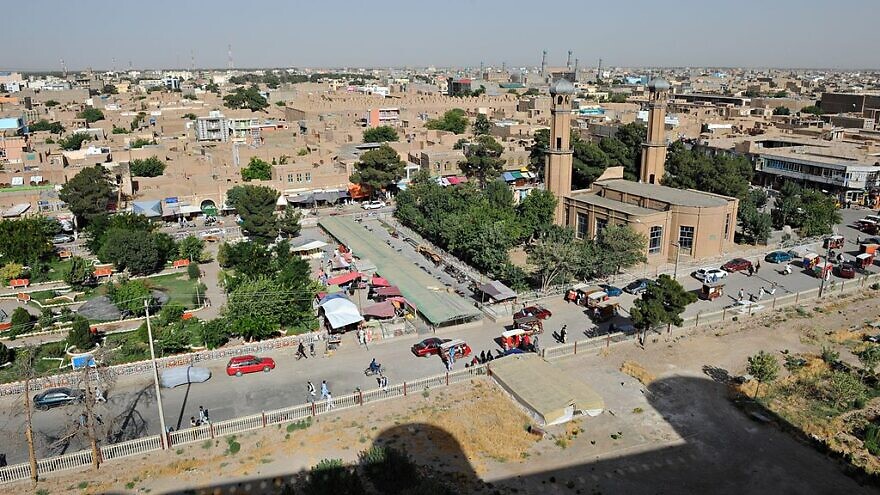 (October 28, 2022 / JNS) The restoration of a historic synagogue in the city of Herat, Afghanistan, has been given the green light with approval from the country’s Taliban government.

According to The Art Newspaper, the Yu Aw synagogue in the city’s Jewish quarter will undergo a 16-month, $500,000 restoration project to save the early 20th-century synagogue and its mikva (ritual bath) from collapse.

A Jewish community has not existed in the country since the 1970s and the structures of the once-vibrant community in Herat were abandoned and left to decay.

The ensuing decades of wars and looting further took a toll on the city’s historic heritage which goes back to the 14th century.

The project is one of the first cultural conservation projects to get approval since the Taliban formed its government in 2021 after the withdrawal of American troops.

“There is a lot of interest in preserving and studying issues related to culture and history. We want to prove that we are tolerant and accepting of one another, we seek peace and we are not extremists,” Zalmay Safa, the head of Herat’s department for safeguarding of historic monuments, told The Art Newspaper.

After no longer being used as a place of worship, the Yu Aw synagogue received extensive conservation work in 2007 and was briefly used as a school for children and women.

The recent damage to the structure is believed to have been caused by seepage from a poorly constructed, United Nations-funded municipal drainage channel in the adjoining road.

Safa said that his organization approached the Afghan Cultural Heritage Consulting Organization and asked for assistance. Funding for the project is being provided by the Aliph Foundation, a Swish organization that works to protect cultural heritage sites in areas of conflict.