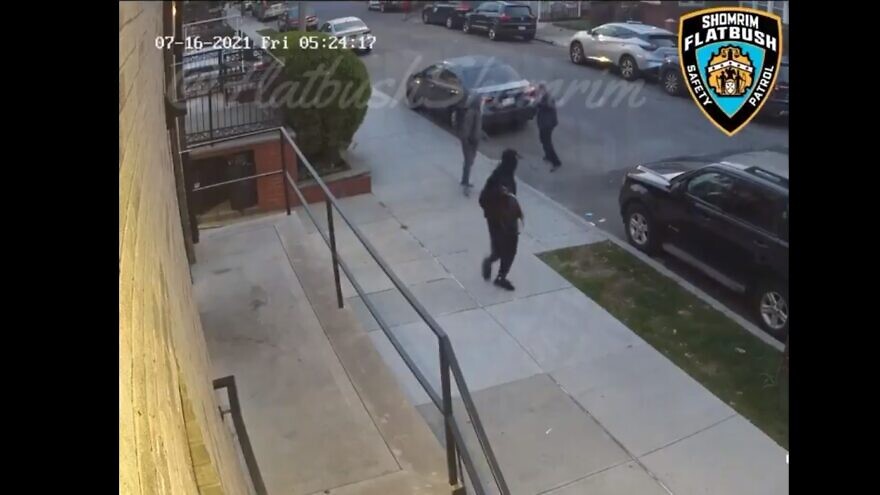 (August 4, 2021 / JNS) A teenager involved in an attack on a Jewish man in Brooklyn, N.Y., was charged in connection to nine other crimes and faces a total of 119 counts, reported Hamodia.

Alix Dure, 18, of East Flatbush was arrested last week and charged with 11 counts related to an incident on July 16 in which he attacked Levi Zupnik, 41, while the latter was on his way to Congregation Shaarei Eliezer Torna in Midwood.

Zupnik was repeatedly punched in the face by Dure and another man, both of whom also stole the victim’s bag that contained his tallis, tefillin and prayer book. The charges against Dure include second-degree robbery, criminal possession of stolen property, attempted assault, menacing and harassment.

Dure was not charged with assault because the other perpetrator was allegedly the one who hit Zupnik, according to a source familiar with the investigation.

The nine other incidents were mostly robberies committed between July 6 and July 27 in the Midwood, East Midwood and Flatbush neighborhoods of Brooklyn. Dure admitted to almost all the crimes, prosecutors said.