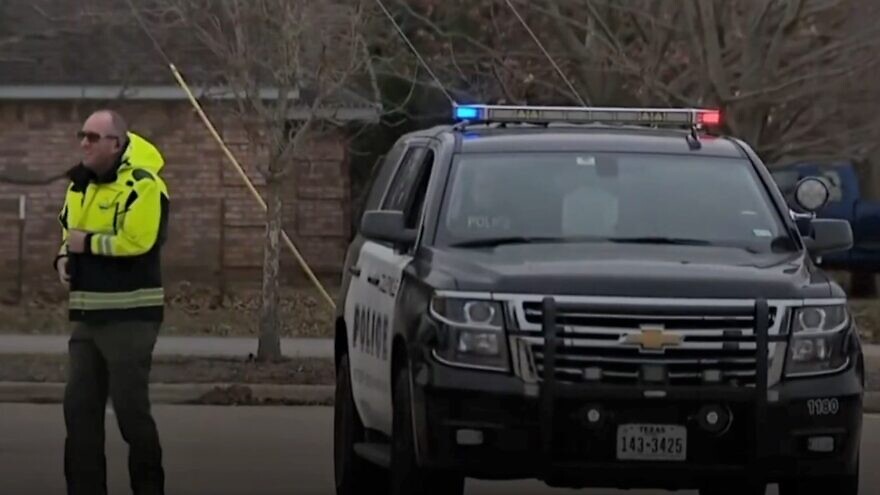 (January 20, 2022 / JNS) The British terrorist who held four Jews hostage at gunpoint on Saturday at a Texas synagogue told his brother that he had been planning the event for two years and that he came to America to “go down as a martyr.”

In a recording of the call that he made from Congregation Beth Israel to his brother Gulbar, obtained exclusively by the London Jewish Chronicle from a security source, Malik Faisal Akram said he came to America on a jihadi mission and to demand the release of convicted terrorist Aafia Siddiqui, known as “Lady Al-Qaeda.”

He also ranted about the “f***ing Jews” he held at gunpoint. “I’ve got four beautiful guys, Jewish guys with me, they are trying to play ball with me,” he said.

“I’m opening the doors for every f***ing youngster in England to know—live your f***ing life, bro … we’re coming to America and f**k with them if they want to f**k with us, we’ll give them f***ing war,” he said to his brother, who was in a Blackburn police station, according to the JC.

Gulbar can be heard trying to persuade his brother to surrender and do no harm, to go to prison and then return peacefully to his family.

Akram also said that he had promised his brother—on his deathbed dying of COVID-19 a few months ago—that he would be a martyr.

The JC said that the recording was nearly 12 minutes long, but the paper uploaded only around three-and-a-half minutes to YouTube.