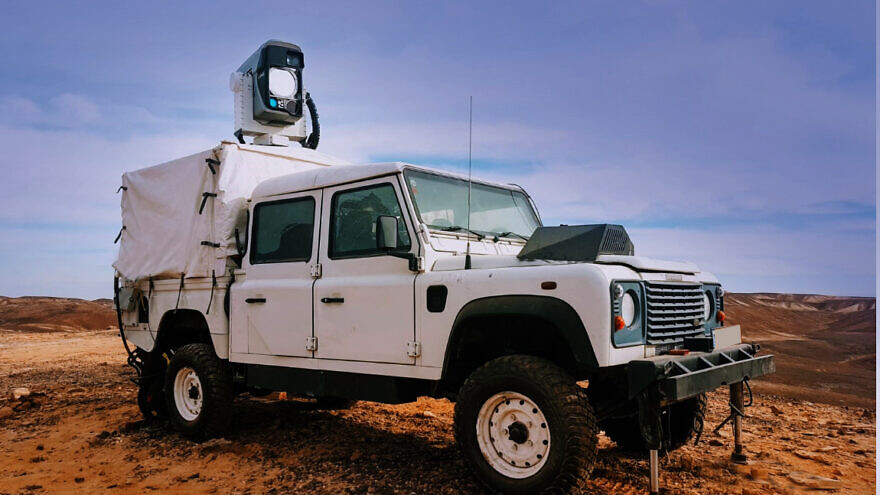 (August 27, 2021 / JNS) In February 2020, a rotor drone took off in the desert of southern Israel, and a high-tech system began tracking it closely. Suddenly, a laser fired from a vehicle locked onto to a small area of the drone, about the size of a quarter. Within seconds, the drone came crashing down to earth.

That demonstration, held by Israeli defense company Rafael, saw laser interceptions of multiple drones in the desert that day, achieving a 100 percent success rate. It was a demonstration of the Drone Dome system’s laser shoot-down capability.

Drone Dome made the headlines in December 2018, when British security forces, which had purchased the system a year beforehand, rolled it out to Gatwick Airport after disruptive drone intrusions.

Those types of incidents, and the threat posed by drones, is only set to grow further in the coming years, according to Meir Ben Shaya, business development senior director at Rafael’s Air and Missile Defense Systems Division.

“This was once a nice toy for children, and it has now become a precise weapon,” Ben Shaya told JNS. Today, terrorists attach a camera and hand grenade to a drone, and use it to attack coalition forces in Iraq and Syria.

“In our area, we see that Hezbollah and Hamas used these tools against us, too,” noted Ben Shaya. “We’re also seeing safety incidents. Drones are intruding airport areas, posing threats to passengers.”

He identified two central trends when it comes to drone threats that are taking shape. The first is the quantity of drones, or “flocks,” which are only growing larger with time. The need to deal with simultaneous numbers of drones in the air is a “very challenging threat,” said Ben Shaya.

The second type of threat is the growing size of the drones.

“If in the past, air-defense systems looked for planes, large unidentified aerial vehicles or missiles, they are now also having to deal with threats that have become small, slow and low,” he explained.

This forms a challenge for radar systems that are programmed to search for objects the size of conventional aircraft. 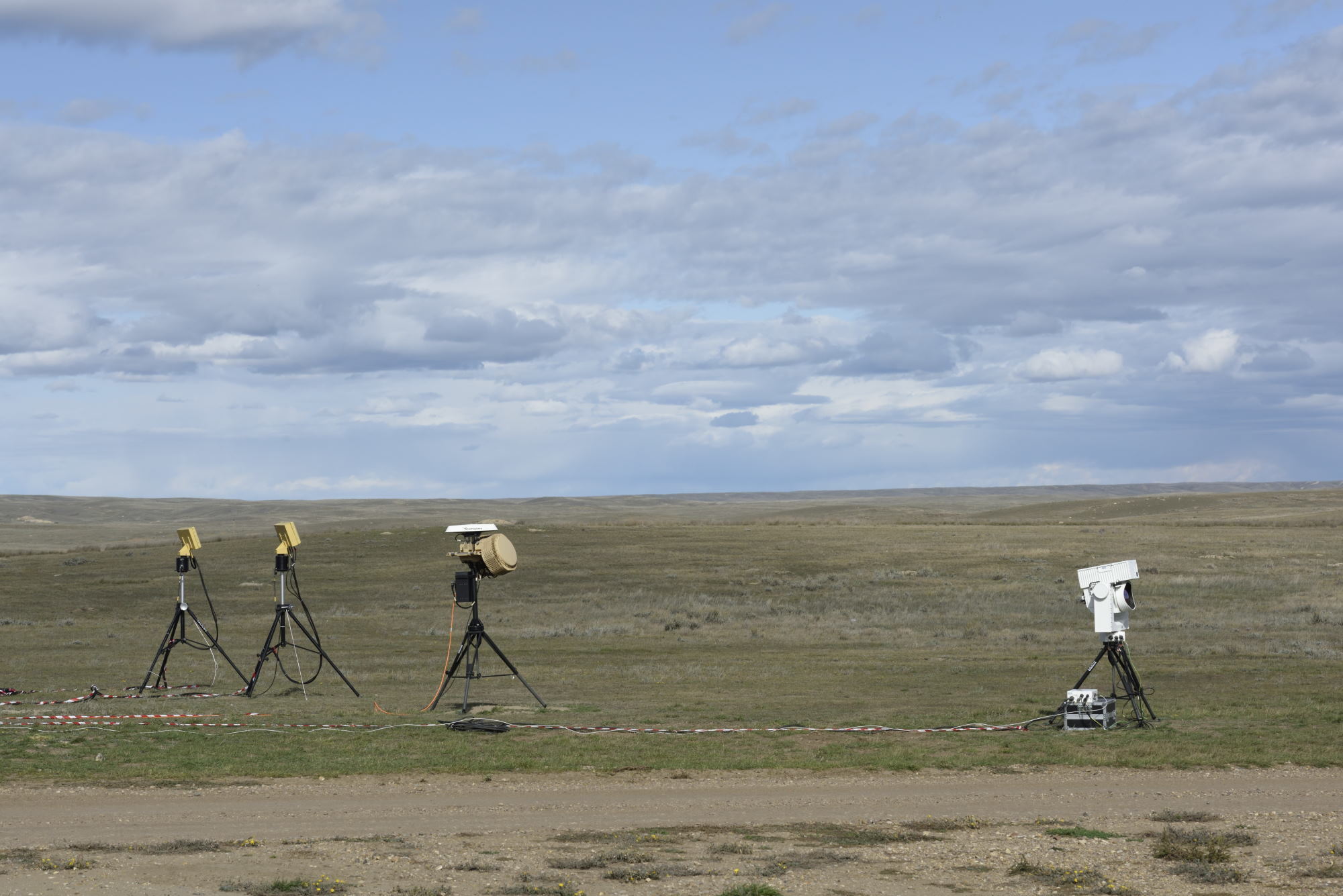 ‘Our system is combat-proven, deployed all over the world’

Regarding Drone Dome, Rafael developed features such as an artificial-intelligence component, described by Ben Shaya as “the system’s brain,” which acts as a force multiplier due to its ability to distinguish drones from, say, birds.

Ben Shaya described four layers needed to deal effectively with modern drone threats: detection, identification, neutralization, and now, thanks to laser technology, a hard-kill option for clients who need it.

“On the basis of this concept, we built our smart modular system,” he said. “The central objective is to detect and prevent the threat from entering the area you’re defending. That can be borders, or it can be an airport, a strategic site or a fuel site.”

Take Saudi Arabia, for example. A September 2019 drone attack on Saudi oil facilities, which temporarily cut Saudi oil production by 50 percent, serves as a categorical warning to others over the extent of damage that drones can cause.

The result has been a thirst for Drone Dome around the world. Rafael has also sold the system to Italy, Singapore and several additional clients worldwide.

“Our system is combat-proven and deployed all over the world,” said Ben Shaya.

‘A situational awareness of the targets’

Ben Shaya delved into how the system’s various components work together. Signals intelligence (SIGINT) is used to detect the drone’s location, as well as the ground control station. But some drone also need an additional layer of detection, and that’s where the radar comes in. “We use two types of radar—one for short-range and one for longer ranges,” he said.

Together, the signals intelligence sensor and the radar create “a situational awareness of the targets.” At that stage, the system directs a camera in the direction of the suspect object, and Drone Dome begins to visually identify the type of threat.

At that stage, a third layer—neutralization—comes in. “We do this with a communications jammer, based on electronic warfare,” said Ben Shaya.

The jammer blocks the drone’s communication frequencies and its GPS, meaning it can’t continue. But some drones that are fully autonomous could need a fourth layer to stop them, and that’s where the laser comes in.

Rafael employs a 10-kilowatt laser to shoot down objects and can do so at ranges of up to three kilometers, or almost two miles, away.

“All of the energy focuses on a small section and burns it in little time,” said Ben Shaya. “The safety mechanism means that if the point being targeted—the wing base or the main body—is lost and there is no lock on the target, the laser immediately stops. It’s an invisible laser that can focus a very small beam onto the target.”

Typically, military clients are more interested in lasers than civilian ones are. Still, as the threat of drones continues to proliferate, the demand for such systems looks set to only grow.