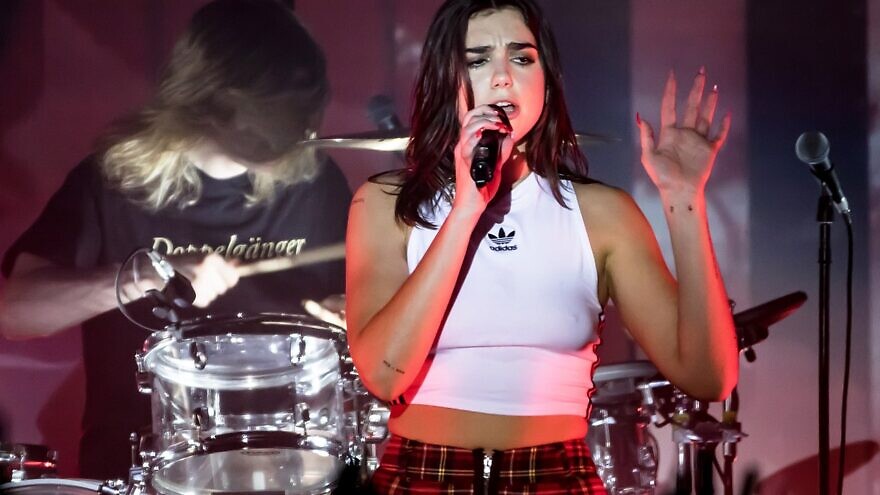 A petition signed by thousands of Israelis was sent on Wednesday to Israeli Defense Minister Benny Gantz and Culture Minister Yehiel Tropper, calling on them to instruct Army Radio to stop playing songs by popstar Dua Lipa, Mako news reported.
The petition, organized by the pro-Israel watchdog Im Tirtzu, came after Lipa sparked outrage on Sunday by sharing an anti-Israel and anti-Israel Defense Forces post to her 46 million followers on Instagram.
“While everybody’s in the mood to talk about human rights, this is what happens EVERYDAY in Palestine,” the post began.
“The big bad tough guys of the #IDF thoroughly enjoy beating and shooting children,” the post continued, before accusing the Israeli government of being “fake Jews” that created Hamas.
“The only ‘justification’ as to why they don’t deserve freedom is because ‘Hamas calls for the destruction of Israel.’ Which is utterly HYSTERICAL bc the United States (fake Christians in the mid west) and Israel (fake Jewish ppl in the Israeli government) created Hamas SIMPLY for all of you geniuses to believe that hamas is the reasons for the decades worth of occupation, oppression, ethnic cleansing, and MURDER.”
In response to the post, thousands of Israeli signed the petition calling to pull Lipa’s songs from Army Radio‘s Galgalatz, Israel’s most popular radio station, which operates under the Ministry of Defense.
“In light of the incitement against IDF soldiers, anti-Semitism, blood libels, conspiracy theories, and the blatant lies in the post that the singer shared, it is not fitting for a radio station affiliated with the IDF to continue to broadcast her songs,” wrote Im Tirtzu in the petition.
Army Radio said in response to the petition that “Galgalatz does not boycott any artist. The songs are chosen at the discretion of the editors of each segment.”
Subscribe to The JNS Daily Syndicate
by email and never miss
our top stories
Republish this article in your newspaper or website