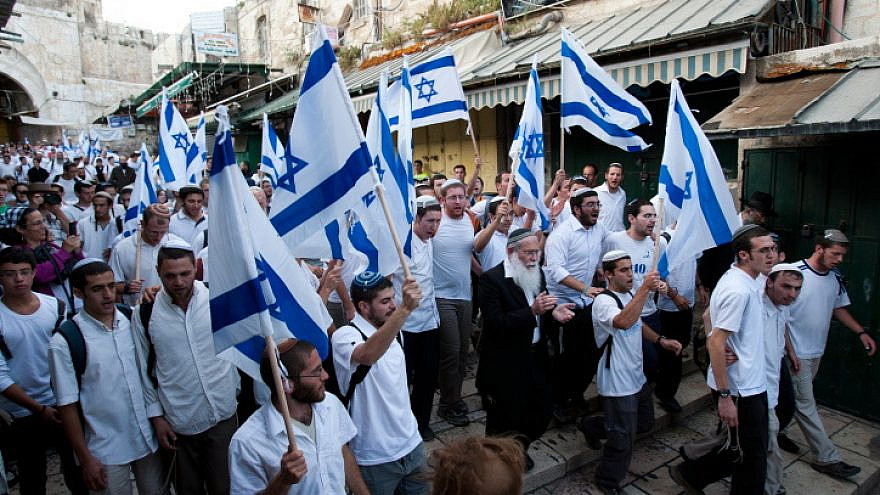 (May 23, 2022 / JNS) A senior Hamas figure on Sunday threatened that the terror group would launch missiles at the Jewish state during Israel’s Jerusalem Day march, planned for May 29.

Mushir al-Masri, a member of the Hamas parliament in Gaza, said “our missiles” will “take down the [Israeli] flags” traditionally flown on Jerusalem Day, Kan News reported.

Al-Masri’s threat joins a previous threat issued by Hamas political bureau chief Ismail Haniyeh, who is based in Qatar. On Sunday, Haniyeh stated, “I warn the enemy against committing these crimes and marches. The Palestinian people will not [allow] the passage of these Jewish Talmudic fools.”

On Sunday, Regional Cooperation Minister Issawi Frej (Meretz) criticized the decision to allow the march to pass through Damascus Gate, calling it “stupidity.”

In response, Israeli Prime Minister Naftali Bennett said that “the last prime minister [Benjamin Netanyahu] folded because of Hamas. This is the set route of the march,” according to Kan.

In May 2021, Israeli authorities changed the route of the Jerusalem Day march to avoid Damascus Gate, as tensions flared with Hamas and Palestinian Islamic Jihad in Gaza. The decision did not alter Hamas’s decision to fire rockets at Jerusalem and southern Israel that day, sparking the 11-day conflict against Hamas and Palestinian Islamic Jihad in the Gaza Strip, during which 4,000-plus rockets were fired towards Israeli population centers