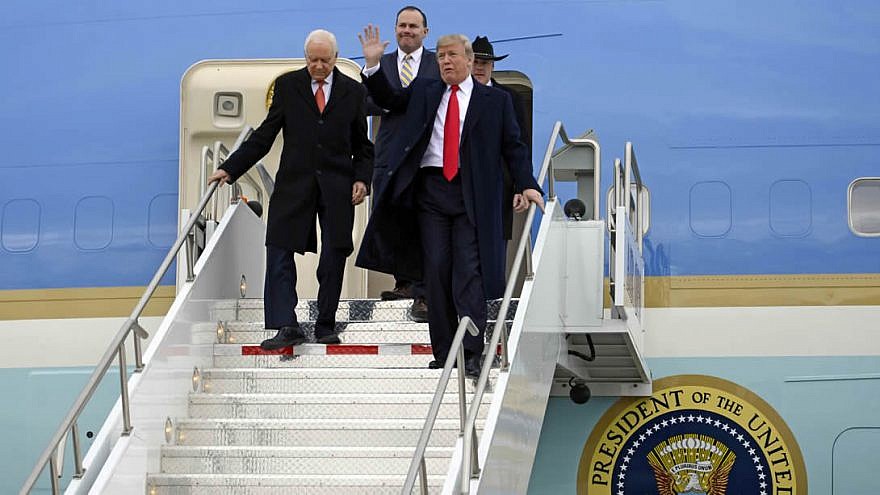 This legislation modifies the federal criminal code to reflect prohibitions regarding intentionally damaging, defacing or destroying religious property. It establishes a criminal penalty—a fine, a prison term of up to five years, or both—for a violation that results in damage or destruction to religious property, in addition to expanding the definition of “religious real property” to include real property owned or leased by a nonprofit, religiously affiliated organization.

“Crimes targeting religious institutions pose a danger to the religious freedom and security of all Americans,” Sen. Orrin Hatch (R-Utah), who introduced the measure, said in a statement on Tuesday.

Jewish groups like the American Jewish Committee, which advocated for the bill, applauded its enactment.

“This important law, which provides for new and strengthened measures to deter, as well as punish, perpetrators of attacks on religious institutions, will provide a much-needed sense of comfort and security,” said Jason Isaacson, AJC associate executive director for policy.

“The solid bipartisan support for the Protecting Religiously Affiliated Institutions Act of 2018 is a reaffirmation of our freedom, enshrined in the U.S. Constitution, to exercise religion, to practice one’s faith unhindered and without fear,” said Isaacson. “The increasing attacks and threats against churches, synagogues and mosques disgrace our nation’s most fundamental values, and demand the firm response offered by the new law.”

Jews are the leading target of hate crimes annually in the United States, according to the FBI.