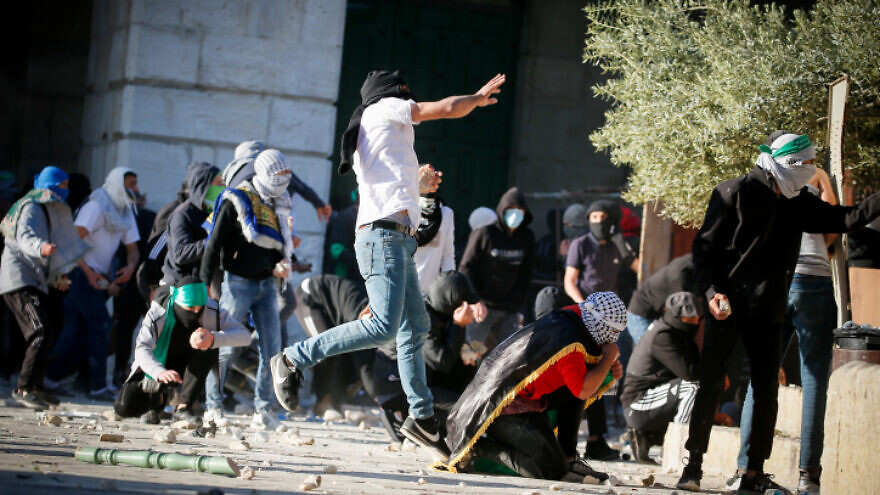 (April 17, 2022 / JNS) The Jerusalem District Police announced on Sunday that two suspects had been arrested in connection with the stoning of several buses near Jerusalem’s Old City earlier in the day. Five Israelis sustained light injuries in the attack, which occurred near the Dung Gate.

The injured were evacuated to Shaare Zedek Medical Center in Jerusalem, according to Magen David Adom. Searches for additional suspects were ongoing, according to police.

Clashes also broke out on Sunday between rioters and police near the Temple Mount, with the Red Crescent treating nine wounded Palestinians, according to a report by Ynet.

Rioters hurled fireworks at police and took over the speaker system at the Al Aqsa Mosque, shouting, “They [Israeli forces] took over the mosque, Al-Aqsa is in danger,” according to the report. The rioters also reportedly called for terror attacks and knife attacks “on behalf of Al-Aqsa,” and called on Hamas to “intervene.”

On Friday, the second Friday of the Ramadan holiday, Jerusalem police dealt with numerous violent incidents at the Temple Mount, including a crowd of hundreds that threw rocks and fired fireworks at police, as well firing fireworks in the direction of the Western Wall.

The “rioters barricaded themselves inside the Al-Aqsa mosque, chanting inciting messages while continuously taking violent actions including non-stop stoning of police forces from within the mosque. These ongoing acts of violence were created by lawless individuals set on creating chaos aimed against police forces on-site and against the freedom of worship at this holy site. Their main agenda was to manifest an outburst, especially during Ramadan’s second Friday,” police said in a statement.

Police initiated a “negotiating process alongside issuing numerous warnings and opportunities to the rioters to cease violent actions and disperse from the area. But as the violence increased, police forces took action,” it stated including employing riot-dispersal means. 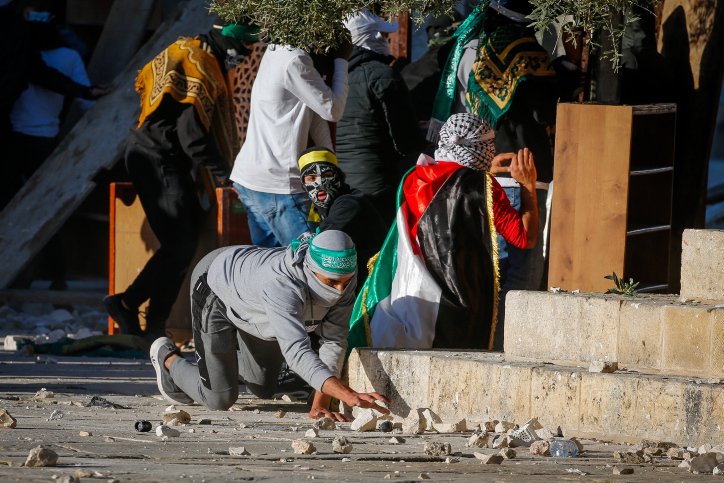 Police arrested some 400 rioters who were barricaded in the mosque as well as those rioting outside of it, said Ynet.

“After their evacuation from the mosque, the rioters left extreme damage alongside a huge amount of rocks, fireworks and means of propaganda,” added police. Three officers were evacuated to local hospitals after being injured by rocks, and 150 Palestinians sustained light to moderate injuries during the clashes, Ynet stated.

Following the arrests, police issued an additional statement, saying “the only reason for police forces entering the Temple Mount area was to enable Muslim worshippers who asked to pray safely in the mosque on Ramadan’s second Friday. The Temple Mount and Al-Aqsa mosque have been reopened for prayers and worship on the holy Second Day of Ramadan. The mount is quiet and safe.”