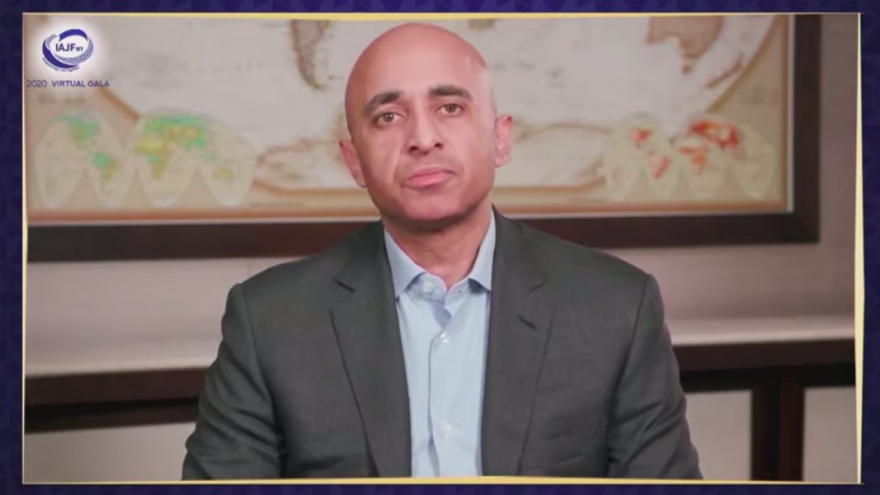 (December 7, 2020 / JNS) The Emirati ambassador to the United States said on Sunday that Israel and the United Arab Emirates hope to cooperate in making advancements in all fields following the signing of the Abraham Accords.

United Arab Emirates Ambassador to the United States Yousef Al Otaiba was a featured guest at the Iranian American Jewish Federation’s 2020 virtual gala on Sunday night. During his remarks, he highlighted the “significant amount of cooperation” between the UAE and Israel since the signing of the normalization agreement on Sept. 15, including in artificial intelligence, health care and the creation of commercial flights to and from both countries.

“We expect a host of other similar joint ventures in virtually every sector going forward,” he said. “As more trade is conducted and more investment is executed, the relationship will only grow. More business means more people-to-people connection, more understanding and ultimately, more shared interests.”

“A vision has been set by the leaders of these countries. It is now to up to all of us in government and the private sector to make it a successful reality. We need to create a better future together,” he added.

The ambassador also noted that “beyond the obvious economic opportunities,” he is looking forward to the personal connections that will flourish between both countries.

“We are going to see a generation of young people who are working together to address the challenges of tomorrow. And whether it’s health care, agriculture, conversation or technology, the UAE and Israel or going to be at the forefront of this work in our region,” he said. “When people get to know one another, conflict is reduced, share prosperities increased, and peace becomes reality.”

“We cannot take this moment for granted,” he concluded. “Opportunity is knocking, and we must open the door.”

The gala also featured Israeli Defense Minister Benny Gantz, who spoke about how the coronavirus pandemic has brought with it “challenges and opportunities,” and that people should be “a source of strength and support for each other, no matter what comes.”

The online event concluded with a performance by Iranian-Israeli singer and actress Liraz Charhi, star of the Apple TV series “Tehran,” who sang one of her favorite Iranian tunes from a venue in the Old City of Jaffa.

The IAJF raised more than $5 million as a result of the gala.