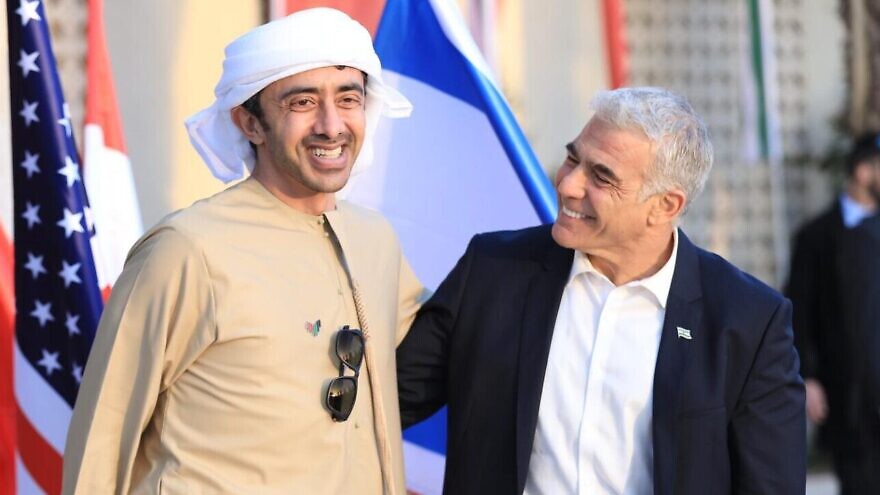 Bin Zayed is slated to meet with Israeli Prime Minister Yair Lapid on Thursday at 3:35 p.m. local time at Lapid’s office in Jerusalem. The two will have a private discussion before holding an expanded meeting that will reportedly focus primarily on enhancing bilateral ties, as well as on Iran’s nuclear program.

Lapid and Al Nayhan are then scheduled to give televised statements at 4:15 p.m.

Israeli media reported that Bin Zayed will attend a reception in the evening hosted by Abu Dahbi’s ambassador to Israel, Mohamed Al Khajah, which President Isaac Herzog is expected to attend.

Bin Zayed will also meet with Alternate Prime Minister Naftali Bennett and Opposition Leader Benjamin Netanyahu during the trip, according to Channel 12.

The UAE’s top diplomat visited Israel in March for the Negev Summit, along with the foreign ministers of Egypt, Morocco, Bahrain and the United States.