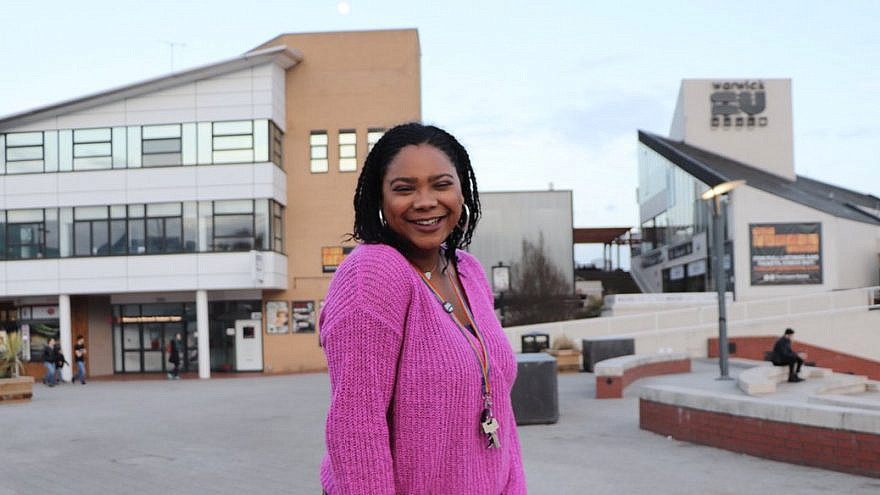 (March 11, 2021 / JNS) The president of Britain’s National Union of Students (NUS) has sparked outrage for agreeing to speak alongside BDS movement founder Omar Barghouti at an event for Israel Apartheid Week.

Larissa Kennedy, elected last July, is listed as a speaker for an online debate on March 18 called “United Against Racism: Resisting Israeli Apartheid.” The event is hosted by the British group Palestine Solidarity Campaign (PSC). Also scheduled to speak is William Shoki, an activist with the South African BDS Coalition, and PSC director Ben Jamal.

The event’s description stated: “Israel’s system of institutionalized racist discrimination amounts to the crime of apartheid under international law. This webinar, part of Israeli Apartheid Week 2021, will explore how Palestinians, and their allies around the globe, resist Israeli apartheid. … This webinar will also touch on how you can build the [BDS] movement in solidarity with the Palestinian struggle for freedom, justice and equality on your university campus.”

Both the Union of Jewish Students and the Board of Deputies of British Jews slammed the event and Kennedy’s expected participation in it.

Board of Deputies president Marie van der Zyl said: “We support the Union of Jewish Students, which has been forthright in its condemnation of the intention of the president of the NUS to appear at such a controversial event. Mr. Barghouti has made it clear that his activities and intentions are to bring an end to Israel as a country.”

The Pinsker Centre, a coalition that campaigns against anti-Semitism on campus, criticized Kennedy, saying, “As president of the NUS, Ms. Kennedy must represent students of all backgrounds and faiths. Her participation in an Israel Apartheid Week event with the founder of the BDS movement will feel like a betrayal to many Jewish students who are made to feel unsafe by events of this kind.”