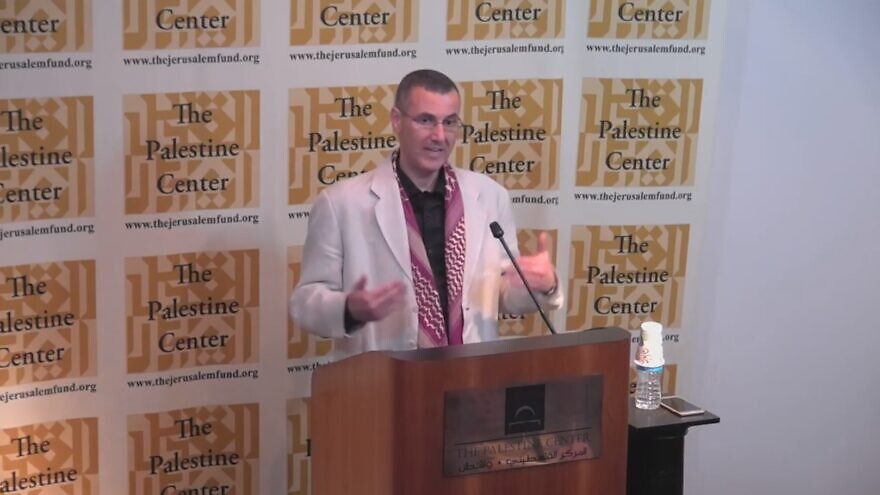 (June 1, 2020 / JNS) While Israel’s supporters claim that the BDS movement is aimed at the Jewish state and is a form of new anti-Semitism, its supporters in Western countries say it’s merely a tool to change Israeli policies.

However, in a newly recorded interview on May 21 with the Gazan Voice Podcast, co-founder of the BDS movement Omar Barghouti explains that should the movement’s goals be achieved, Israel would cease to exist.

“If the refugees return to their homes [in Israel] as the BDS movement calls for, if we bring an end to Israel’s apartheid regime and if we end the occupation on lands occupied in 1967, including Jerusalem, what will be left of the Zionist regime? That’s the question. Meaning, what will the two states be based on?” he said.

During the 20-minute interview in Arabic to the Gazan audience, Barghouti appears to have let slip the real objective of the movement he founded.

“International law and the right of return? There won’t be any Zionist state like the one we speak about [in present-day Israel]. There will be two states: One democratic for all its citizens here [Palestine] and one democratic for all its citizens there [Israel]. The Palestinian minority will become a Palestinian majority of what is today called Israel.”

Organizations that promote BDS include the Jewish Voice for Peace, US Campaign for Palestinian Rights and Students for Justice in Palestine.

The movement, directed from Ramallah in the West Bank, campaigns to mobilize support in Western countries against Israel under the false premise that it seeks only “to change Israeli government policy.”