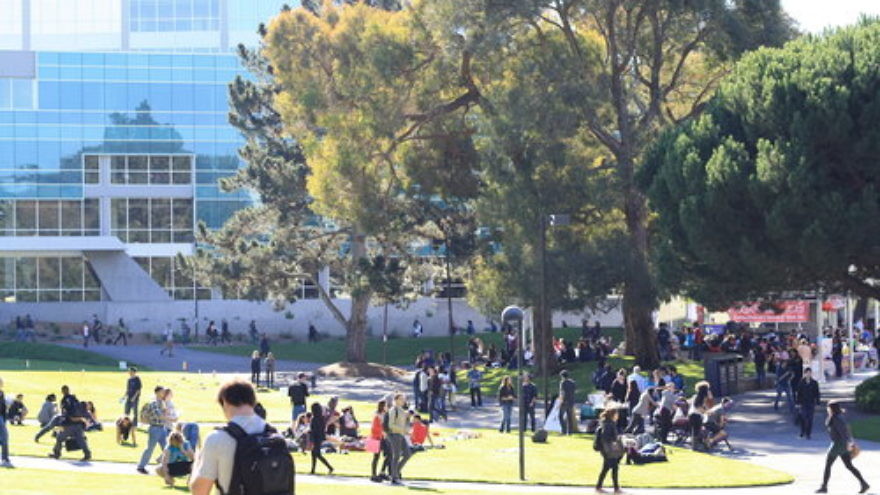 The Lawfare Project released a statement on Wednesday noting the hire, which is required as part of a 2019 settlement agreement between SFSU and two of the university’s Jewish students. The new coordinator’s name was not included in the statement.

The lawsuit, filed in 2018 by the Lawfare Project, was initiated after anti-Zionist groups on campus prevented members of Hillel, the largest Jewish organization at SFSU, from attending a fair meant for marginalized groups. Faculty member Rabab Abdulhadi, an adviser to the General Union of Palestine Students, which helped organize the fair, defended the decision. He wrote that “the organizers refused to allow a member of a privileged white group whose members feel entitled to be represented everywhere and anywhere.”

The lawsuit also accused campus security of failing to intervene when then-Jerusalem Mayor Nir Barkat’s speech at SFSU in 2016 had to be canceled, as anti-Israel students were disrupted by protesters organized by the General Union of Palestine Students, who chanted anti-Israel slogans and prevented Barkat from speaking.

An internal investigation by the university found that the students had been discriminated against.

Ziporah Reich, director of litigation at the Lawfare Project, explained that while they want the entire settlement to be enforced, the group is placing a high priority on pushing the university to fill the coordinator position. “With the devastating rise in anti-Semitism on college campuses, it is extremely difficult for Jewish students to navigate their rights without the help of a dedicated professional,” she said.

Sasha Joseph, a nonprofit professional who had served with San Francisco Hillel, was originally hired for the position in July 2019. She departed in February 2020 for a role with BBYO, the international Jewish youth organization.

The Lawfare Project had threatened to take further legal action against SFSU to get them to fill the position. Reich said that the appointment of the Jewish student life coordinator is key to fulfilling several other terms of the settlement agreement.