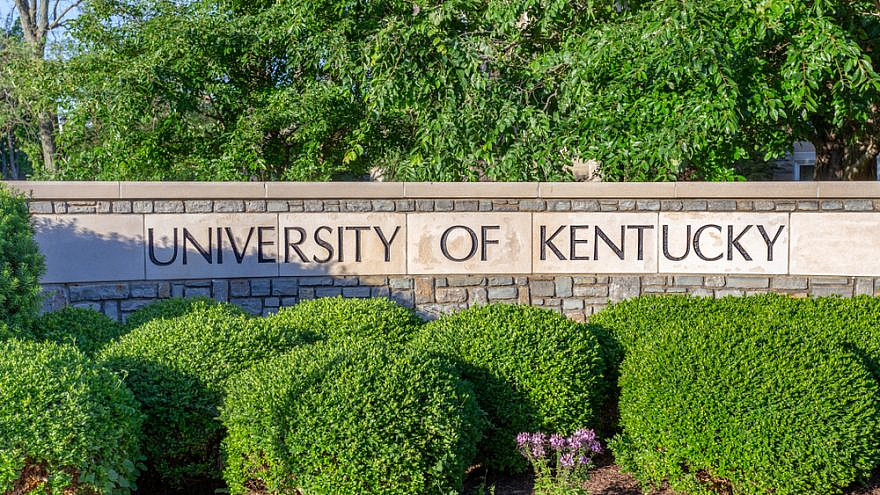 (April 9, 2021 / JNS) An anonymous Instagram post by a Jewish college student last week revealed that members of a fraternity at the University of Kentucky greeted a pledge with Nazi salutes.

The post was uploaded by the Instagram account “Jewish on Campus,” which shares testimonies from college students across the United States who have faced anti-Semitism. The anonymous testimony by a Jewish student was posted on April 1 with a tag to the University of Kentucky.

“After telling them I was actually Jewish, they continued to do it even more, laughing about it,” went the testimony. The student also noted that he “always noticeably” wears a Star of David necklace and has a tattoo in Hebrew. He said he originally joined the fraternity “because it seems like the only way to make friends.”

The university’s Interfraternity Council, the ruling body of 19 of the school’s fraternities, released a statement on Wednesday about the incident.

“We are absolutely disgusted and upset by the behavior of those members,” said the council’s Diversity and Inclusion chair Brandon Brown. “We completely condemn any and all anti-Semitic, anti-black, anti-Asian and anti-brotherhood actions. … Actions, words, thoughts and feelings of that kind do not have a place in our community.”

University spokesperson Jay Blanton said that the case has been reported to the Office of Student Conduct, and that the school is taking the issue “very seriously,” as reported by the student-run newspaper, the Kentucky Kernel.