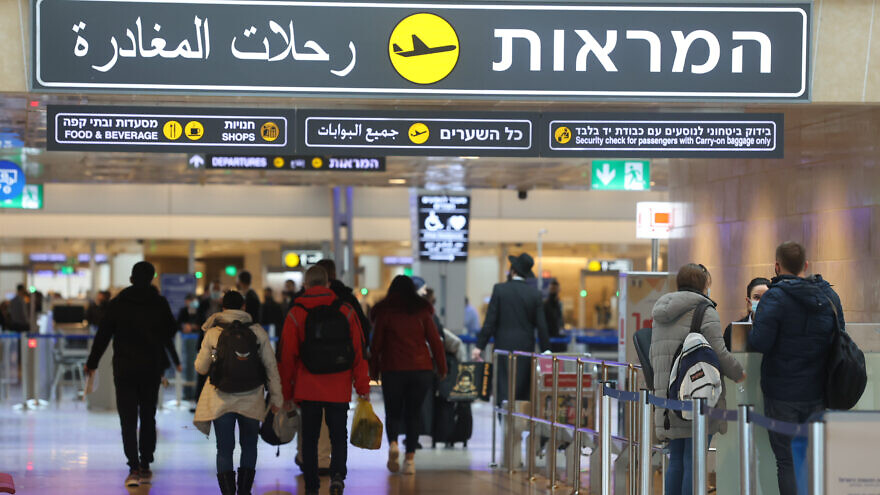 (February 20, 2022 / JNS) Unvaccinated tourists will tentatively be allowed to enter Israel beginning March 1. The decision was announced by Prime Minister Naftali Bennett during a meeting Sunday between the Prime Minister, Health Minister Nitzan Horowitz and other government officials, according to the Prime Minister’s Office.

“We are seeing a consistent decline in morbidity data, so it is time to gradually open what we were the first in the world to close,” said Bennett.

He noted that the government is working to ensure that the rules match the country’s level of morbidity, which has consistently been on the decline in the last few weeks.

In addition to allowing all tourists into Israel, the requirement to perform an antigen test before departing Israel onboard an airplane will be eliminated.

Moreover, unvaccinated Israelis will no longer be required to quarantine on return to the country, pending a negative PCR result.

Bennett also announced that in the coming weeks, students will no longer need to perform mandatory testing to attend in-person classes.

Students in middle schools and high schools will no longer be required to take antigen tests twice a week from Feb. 24. The requirement for elementary-school student testing will tentatively end on March 10.

About 10,000 people were diagnosed with COVID-19 over the weekend, the Health Ministry reported on Sunday with 832 people currently in serious condition. Since the start of the pandemic, 9,841 patients with COVID-19 have died.