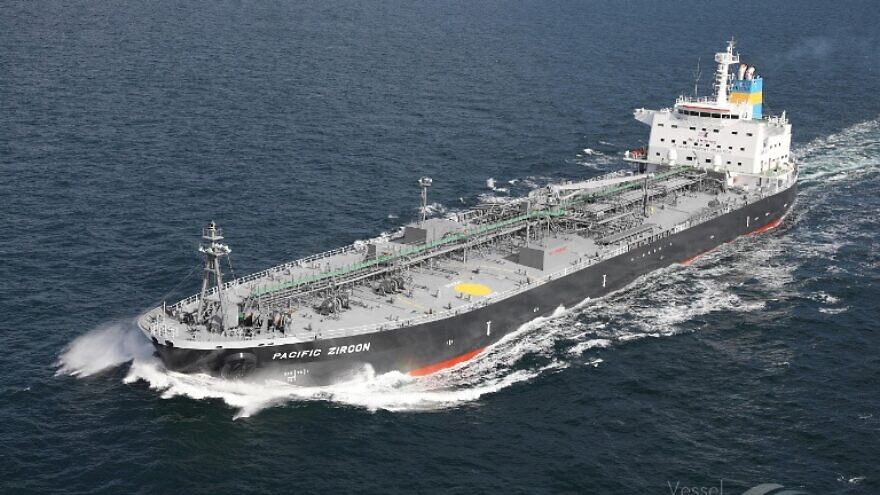 (November 17, 2022 / JNS) An Iranian-made drone was used to attack the oil tanker Pacific Zircon off the coast of Oman on Tuesday night, U.S. Central Command said on Wednesday.

“On Nov. 15, at approximately 10:00 p.m. in the Gulf of Oman, an Iranian-made unmanned aerial vehicle conducted a one-way attack against the Pacific Zircon, a Liberian-flagged commercial tanker,” CENTCOM said in a statement.

“This unmanned aerial vehicle attack against a civilian vessel in this critical maritime strait demonstrates, once again, the destabilizing nature of Iranian malign activity in the region,” said CENTCOM commander Gen. Michael Kurilla according to the statement.

Iran has targeted numerous ships in recent years, including, in July 2021, the Mercer Street, an oil tanker with connections to Idan Ofer’s brother, Eyal. The ship’s captain and a security officer were killed in the attack.