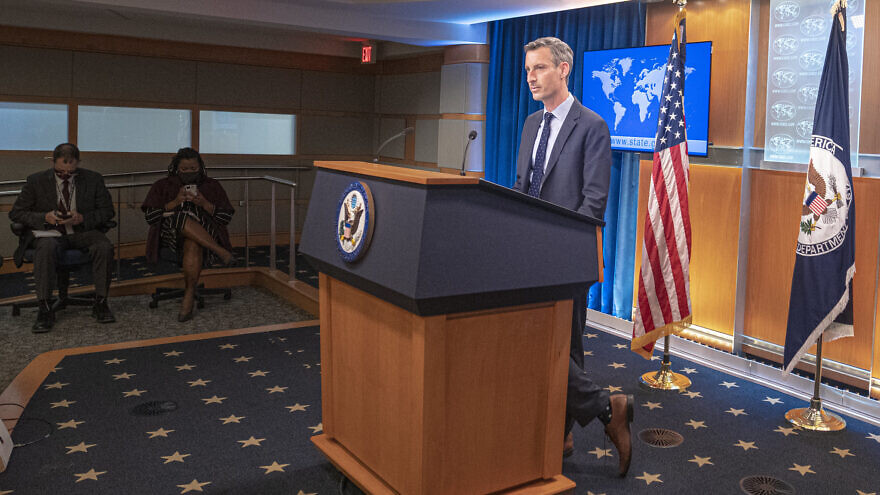 (November 3, 2022 / JNS) The Biden administration hopes the next Israeli government continues to uphold the countries’ shared values of an “open, democratic society, including tolerance and respect for all in civil society, particularly for minority groups,” State Department spokesman Ned Price said on Wednesday.

“What makes this [Washington-Jerusalem] relationship so strong, and what has made it so strong since Israel’s independence to the present day, is that this is a relationship that has always been based on our shared interests, but importantly our shared values,” said Price.

The remarks were an apparent reference to the growing likelihood of the inclusion of the Religious Zionism Party in a Likud Party-led government, with opposition head Benjamin Netanyahu returning to the Prime Minister’s Office following Tuesday’s general election.

“Regardless,” Price added, “we have a close and enduring relationship with Israel … and certainly that will continue.”

Also on Wednesday, U.S. Ambassador to Israel Thomas Nides released a statement saying that he “look[s] forward to continuing to work with the Israeli government on our shared interests and values.”

Both Price and Nides suggested that it was still too early to predict the exact composition of the next government in Jerusalem, even as Netanyahu’s right-religious bloc appears to be poised for a resounding victory.

On Wednesday, Axios reported that the Biden administration was “unlikely to engage with” Israeli lawmaker Itamar Ben-Gvir, whose Otzma Yehudit faction ran on a joint slate with Religious Zionism.

According to the report, no official decision regarding Ben-Gvir has been made, however.