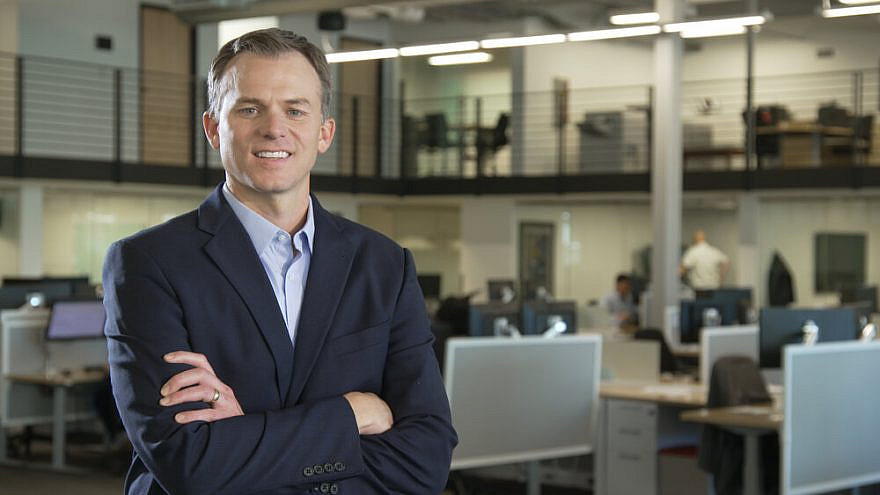 (December 23, 2020 / JNS) Blake Moore, a Republican, easily defeated Democrat Darren Parry, 69.6 percent to 30.4 percent, respectively, in the U.S. House of Representatives race in Utah’s 1st Congressional District on Nov. 3 to succeed Rep. Rob Bishop, who was selected as a running mate for an unsuccessful gubernatorial candidate in the Republican primary.

Moore, 40, who is married with three boys, previously was with a management consulting firm and served as a foreign-service officer for the U.S. State Department where he served in Asia.

In a Dec. 1 interview, in addition to expressing support for the U.S.-Israel alliance, he lauded Israel’s values, such as supporting democracy and civil rights, including for LGBTQ people.

These democratic principles and his Mormon faith guide Moore’s support for the Jewish state.

“There’s a lot of shared interest” and “a unique relationship” between the Church of Latter-Day Saints and the Jewish faith, though Moore said all religions should have mutual respect for everyone’s “freedom and ability” to practice their beliefs. As an example, he noted that religions believe “in a higher power.”

Moore has never been to Israel but is hoping to go as a member of Congress. He said his wife visited there with her family as part of a faith-based tour prior to getting married.

Regarding the 2015 Iran nuclear deal, which Trump withdrew from in May 2018 and then reimposed harsher sanctions against the regime as part of a “maximum pressure” campaign, Moore demurred a bit, though he said he supported those actions.

“Whether we’re in a nuclear deal or not, we have to make sure that Iran adheres to the agreements made, and we need to have transparency from Iran,” he said. “I am supportive of a strong stance with Iran.”

He expressed an openness to negotiations with Iran, but at the same time said “we have to take a strong stance with Iran. There’s too much at stake otherwise.”

Additionally, Moore expressed concern about the BDS movement against Israel, calling it “misguided.”

“I’ve always been disheartened by any type of anti-Semitic movement or attitudes that exist,” he said.

Moore’s party shrunk the Democratic House majority this past election with freshmen coming from diverse backgrounds, including a record number of Republican women elected to Congress.

“It’s a better reflection of what I believe our party is, and so I was really excited,” he said. “I believe it needs to be, can be, should be inclusive, aspirational or pro-growth.”

One of these diverse incoming members is Burgess Owens, also in Utah, who was elected from the 4th Congressional District. Moore said he has gotten to know him well over the past weeks, connecting with each other during their campaigns.