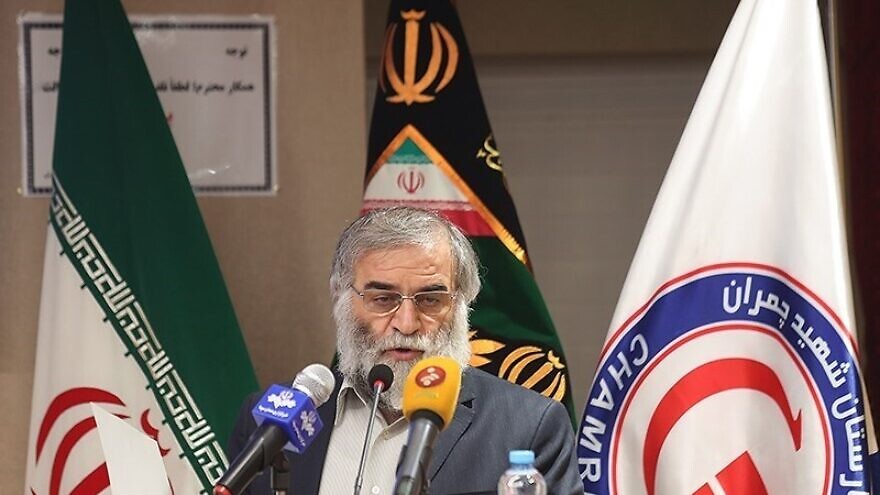 (November 28, 2020 / JNS) Mohsen Fakhrizadeh, the senior Iranian nuclear scientist assassinated by a hit squad outside of Tehran on Friday, was being “reserved” by the Iranian regime for the day that Iran’s nuclear program would enter a new stage, a former senior Israel Defense Forces Military Intelligence analyst specialization in weapons of mass destruction and its proliferation told JNS.

Lt. Col. (res.) Dr. Raphael Ofek, of the Begin-Sadat Center for Strategic Studies, also served in the Prime Minister’s Office in the past.

“Throughout the entire time, Fakhrizadeh was responsible, in the language of physicists who deal with these issues, for weaponization,” said Ofek. “Among other things, he even arrived as an invited guest to North Korea’s third nuclear weapons test in 2013.”

The stage of accumulating fissionable material—uranium—was not so much under Fakhrizadeh’s responsibility, but rather, this fell under the jurisdiction of the Atomic Energy Organization of Iran, which is headed by Iranian diplomat Ali Akbar Salehi.

“As soon as there is sufficient fissionable material ready for a bomb, that’s where his role came in,” said Ofek.

In a report published earlier in November, the International Atomic Energy Agency (IAEA) stated that Iran has now amassed 12 times the amount of enriched uranium it is permitted to hold under the terms of the 2015 Joint Comprehensive Plan of Action (JCPOA), a deal struck between world powers and Tehran intended to constrain its nuclear program. 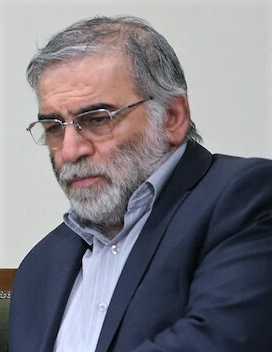 In 1998, Fakhrizadeh took over the Physics Research Center (known by its acronym, PHRC) of Iran, which became known as the Amad program, described in 2018 by Israeli Prime Minister Benjamin Netanyahu as “a comprehensive program to design, build and test nuclear weapons.”

Netanyahu made the comments while unveiling a cache of files that came to be known as the nuclear archive, and which was extracted by Israel’s Mossad intelligence agency from a Tehran warehouse.

“After taking over, apparently in 1998, he was head of the Amad program throughout the subsequent years,” said Rafael.

He recalled how, in 2015, before the JCPOA was signed, the IAEA had attempted to interview all of the Iranians involved in the Amad program, and how the Iranian regime had refused to allow Fakhrizadeh to be interviewed. “In short, he is considered a mysterious man,” said Ofek.

‘Saved for when the window of opportunity would arise’

Asked to assess the damage caused by the assassination to the Iranian military nuclear program, Ofek said he was not sure such an estimate is possible. “Since 2015, the Iranians attempted to hide their nuclear-weapons program. It’s hard to know to what extent they really continued it. They could have continued through computer calculations, but apparently not through actions on the ground,” explained Ofek. “From 2015 onwards, I’m not sure where Fakhrizadeh was. He was apparently in the picture. But it’s not clear that he could conduct things that would point to Iran renewing its military nuclear program.”

“It seems that he was always apparently saved for when the window of opportunity would arise, such as when the JCPOA’s sunset clauses could have expired,” he added, referring to temporary restrictions placed by the 2015 agreement on aspects of the Iranian nuclear program.

Despite accusations by Tehran that Israel was behind the assassination, Ofek said that “it can’t be ruled out that others were behind it, like the Mujahedin-e-Khalq opposition group. It could be that they did it on their own or in cooperation with foreign elements. In any case, the Iranians always blame Israel.”

Looking beyond Iran’s vows of revenge, the question of what Iran can actually do in terms of action is now a central consideration for the defense establishment, noted Ofek.

Meanwhile, i24 News reported a statement by an Iranian official who said that the same elements who sabotaged the Natanz uranium enrichment facility with an explosion in July were behind the killing of Fakhrizadeh.