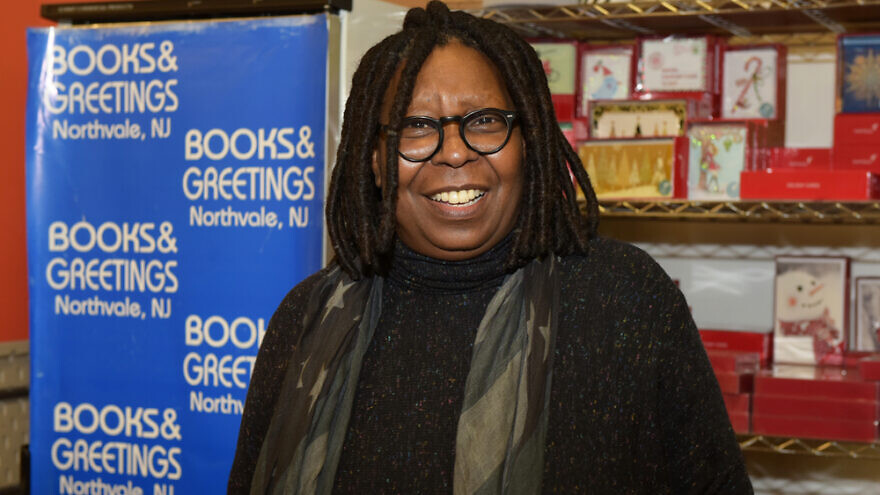 (December 26, 2022 / JNS) “The View” co-host Whoopi Goldberg appeared to double down on her controversial Holocaust comments that earned her a suspension from the show in February.

In an interview with the Times of London this week, Goldberg defended her earlier comments that “the Holocaust isn’t about race.”

She also said that Jews are not outwardly identifiable the way blacks are. “It doesn’t change the fact that you could not tell a Jew on a street. You could find me. You couldn’t find them. That was the point I was making,” she said.

She suggested that the reaction to her original comments was overblown. “You would have thought that I’d taken a big old stinky dump on the table, butt naked,” she said.

She also said a friend agreed with her original comments. “My best friend said, ‘Not for nothing is there no box on the census for the Jewish race. So that leads me to believe that we’re probably not a race.’ ”

On Feb. 1, ABC News president Kim Godwin announced that Goldberg would be suspended for two weeks from the morning talk show “The View” after her remarks during a Jan. 31 episode of the program.

During the episode, which focused on the recent Tennessee school board decision to ban Maus, a Pulitzer Prize-winning graphic novel about the Holocaust, Goldberg said: “Let’s be truthful about it…the Holocaust isn’t about race. ”

She later apologized for making the comment, saying, “As [Anti-Defamation League CEO and National Director] Jonathan Greenblatt shared, ‘The Holocaust was about the Nazis’ systematic annihilation of the Jewish people—who they deemed to be an inferior race.’ I stand corrected.”