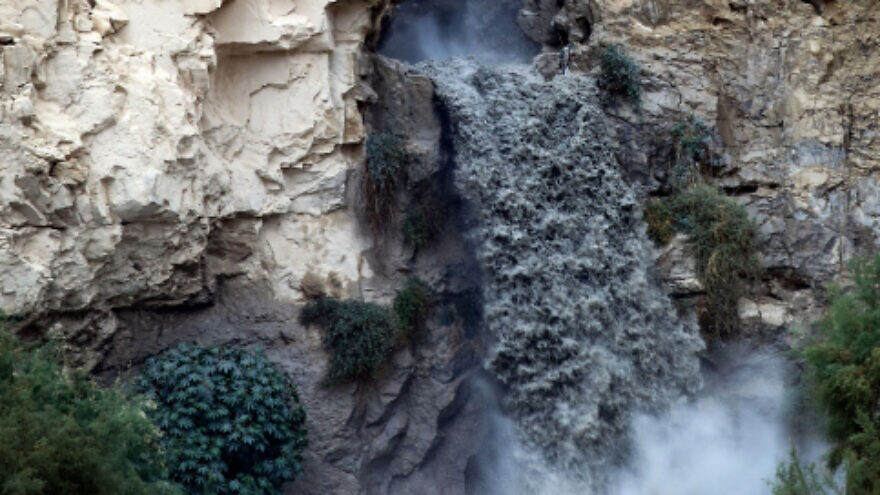 (January 17, 2022 / JNS) A spate of winter weather caused widespread flooding and a series of accidents on Sunday.

On Sunday morning, two youths were stranded when their vehicle was caught in a flash flood in Nahal Kana in Samaria. After first responders rescued the two safely, the car, which had been lodged against a boulder, was washed away by the current.

Later in the day, a 4×4 vehicle stalled in a flood in Nahal Arza, near Jerusalem. First responders found the vehicle’s two occupants sitting on the roof.

Meanwhile, the rain caused heavy flooding in the Amishav neighborhood of Petach Tikvah.

“The flood took place on a street close to the open areas of the southern Sharon region. We were prepared ahead of time and set up barriers designed to prevent runoff from flowing into the neighborhood. It’s possible that someone opened one of them. We will take action to replace them,” the Petach Tikvah Municipality said in a statement. 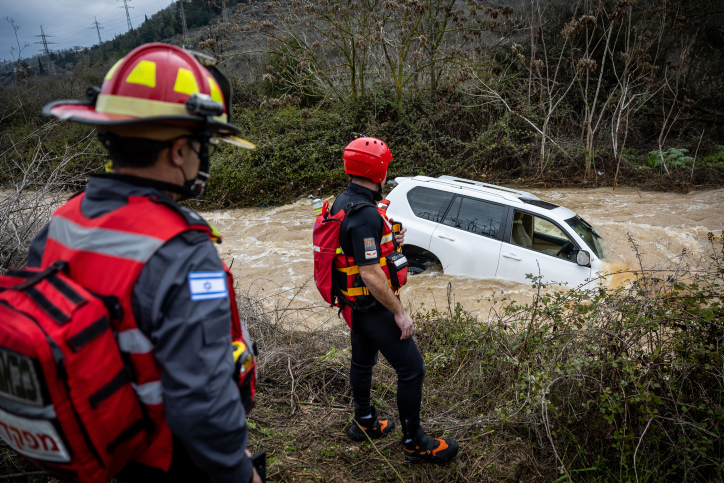 Rescue teams next to a car stranded by flood waters near the entrance to Jerusalem, Jan. 16, 2022. Photo by Yonatan Sindel/Flash90.

The nearby town of Kafr Qasem saw similar flooding, with two people having to be rescued from a stalled vehicle on a flooded road.

In Lod, the Municipality decided to evacuate several homes in the Neveh Yerek neighborhood as water levels rose.

The heavy rains in Israel over the past few days poured some 20 millimeters of water into the Sea of Galilee, (0.78 inches), causing the lake to rise five centimeters (1.97 inches) from its level last weekend. As of Sunday, the water level in the Sea of Galilee stood at 1.835 meters (6.02 feet) below the Upper Red Line.

The lower reaches of Mount Hermon saw 10 cm (3.9 inches) of snowfall, while 25 centimeters (9.8 inches) fell on the upper part. The ski site was closed on Sunday and slated to open to visitors on Monday.