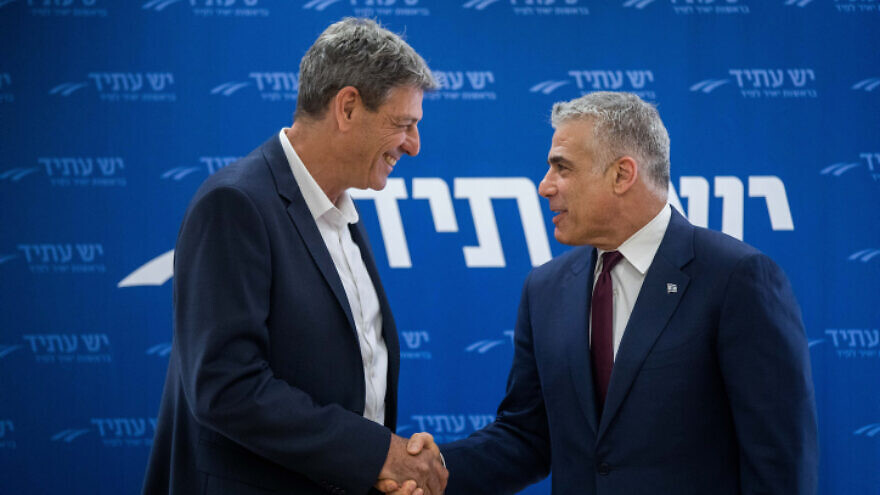 (October 30, 2022 / JNS) Knesset Defense and Foreign Affairs Committee member Ram Ben Barak on Saturday cited Hitler’s rise to power as an example of what he claimed was the danger to Israeli democracy should a right-wing government be elected on Nov 1.

Speaking at a “Shabbat Tarbut” current-events gathering in Beersheva, Ben Barak, a member of the Yesh Atid Party, said, “I am not comparing this to anything … but Hitler also came to power democratically, he was elected in a democratic way, and one of the first laws he enacted, if not the first, was to cancel the [German] High Court, and then he brought all of the other laws and made Germany what it was,” said Ram Ben Barak, chairman of the Knesset Defense and Foreign Affairs Committee.

“We need to safeguard our democracy,” he added.

Ben Barak, who was specifically referring to Religious Zionism Party chief Bezalel Smotrich’s proposed judicial reforms, later clarified that he would “never compare anyone in Israel and the world to Hitler.”

In response, Ben Gvir reportedly said that Ben Barak had “crossed a red line” and called on Lapid to oust him from Yesh Atid.

For his part, Netanyahu accused Ben Barak of “incitement.”