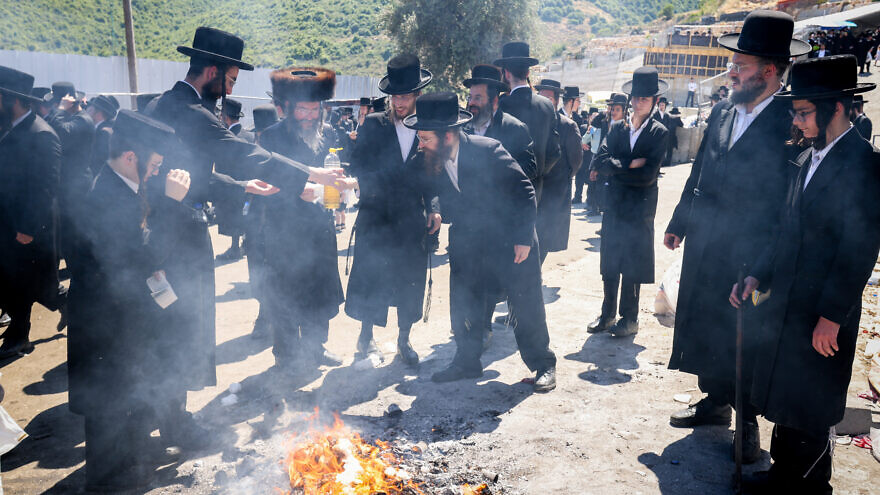 (May 19, 2022 / JNS) A more subdued religious celebration occurred on Mount Meron in northern Israel on Wednesday evening, in which a total of some 130,000 worshippers arrived at the site, according to Israeli media outlets.

One year after a stampede disaster at the site claimed 45 lives, police restrictions in place capped 16,000 worshippers at the site at one time, according to Israel Hayom, while 8,000 police officers secured the site.

Meanwhile, a minibus filled with men and women who belong to a radical Orthodox stream was stopped by police officers, who found equipment on board designed to harm infrastructure at the site, in protest at the new safety measures, Walla reported.

Police found Stanley knives, hammers and gloves on the minibus, according to the report—equipment that was allegedly brought to harm electrical systems, speakers and screens at the site.

The safety manager of the event, police Cmdr. (ret.) Zviki Tesler, said on Wednesday, prior to the event: “This year, we are holding the events under the safety banner. I am satisfied by the pace of preparations and the progress, although we did not complete everything.”

He added that “I am aware of extremist elements who might be seen as a minority, but they are no doubt vocal. When people break the law, enforcement is required and police will do that.”