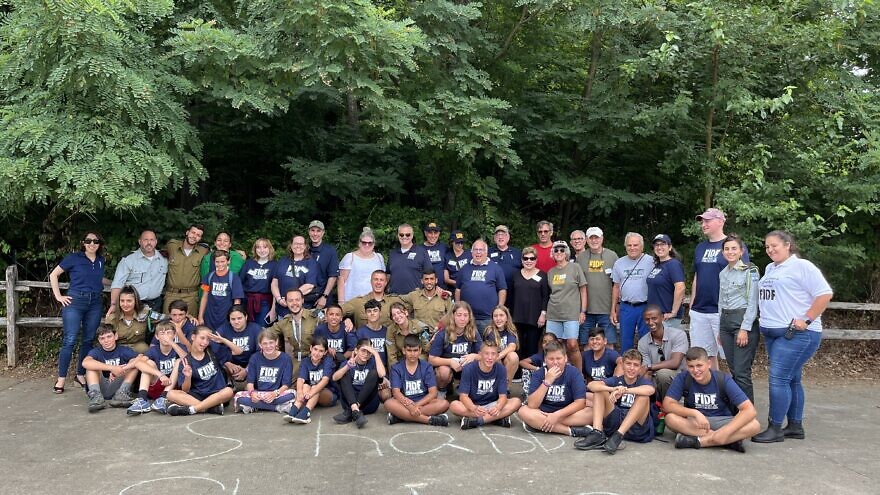 (July 26, 2022 / JNS) Between terror attacks and escalated periods of military activity, Israelis understand loss and unimaginable grief all too well. To that end, FIDF’s (Friends of the Israel Defense Forces) Legacy Summer Camp is an opportunity provided every year to b’nai mitzvah-age children and siblings of fallen soldiers, in partnership with the Yad LaBonim organization and the IDF.

The program kicked off its 17th summer last week for 21 bereaved campers.

FIDF’s Maryland, Virginia and Washington, D.C., chapters hosted this year’s camp, which ran from July 11-25, after a two-year hiatus due to the COVID-19 pandemic. Beginning at Capital Camps in Waynesboro, Pa., the group was welcomed by American campers, followed by a tour of the nation’s capital; Shabbat with host families in Baltimore; a day out in New York City; and a pool party at an FIDF donor’s home in Westchester, N.Y., before flying back to Israel.

“Long after the initial communal bereavement has subsided, families are often isolated in mourning and faced with a void that will last a lifetime,” said Avigail Rosemore, co-chair of the Legacy Camp. “Siblings of the fallen are often unintentionally overlooked, and for this reason, FIDF created a chance for bereaved kids to feel normalcy among other kids who have experienced a similar loss, even if just for a short while.”

Several of the staff members are soldiers who have also lost loved ones and attended the program when they were the same age. The delegation is also led by officers from the IDF’S Casualty Unit, who join the camp’s participants and counselors throughout their time there.

“We often think of the fallen as those who have paid the ultimate price, but it’s important to acknowledge the impact on the children left behind,” said Todd Rosenberg, chairman of the FIDF chapter in Washington, D.C. “We are humbled to be able to provide the Legacy Camp experience to support them.”

This year’s group included a variety of populations and religions of campers who lost loved ones while serving in the IDF, such as Arab and Druze participants.

“It is an absolute privilege for those of us in Baltimore to participate in the Legacy Camp program and to show all of the campers and accompanying soldiers how important they are,” said Jenn Goldmeier, past host and Legacy Camp co-chair. “We want the group to return to Israel knowing and sharing the message that FIDF loves and supports them.” 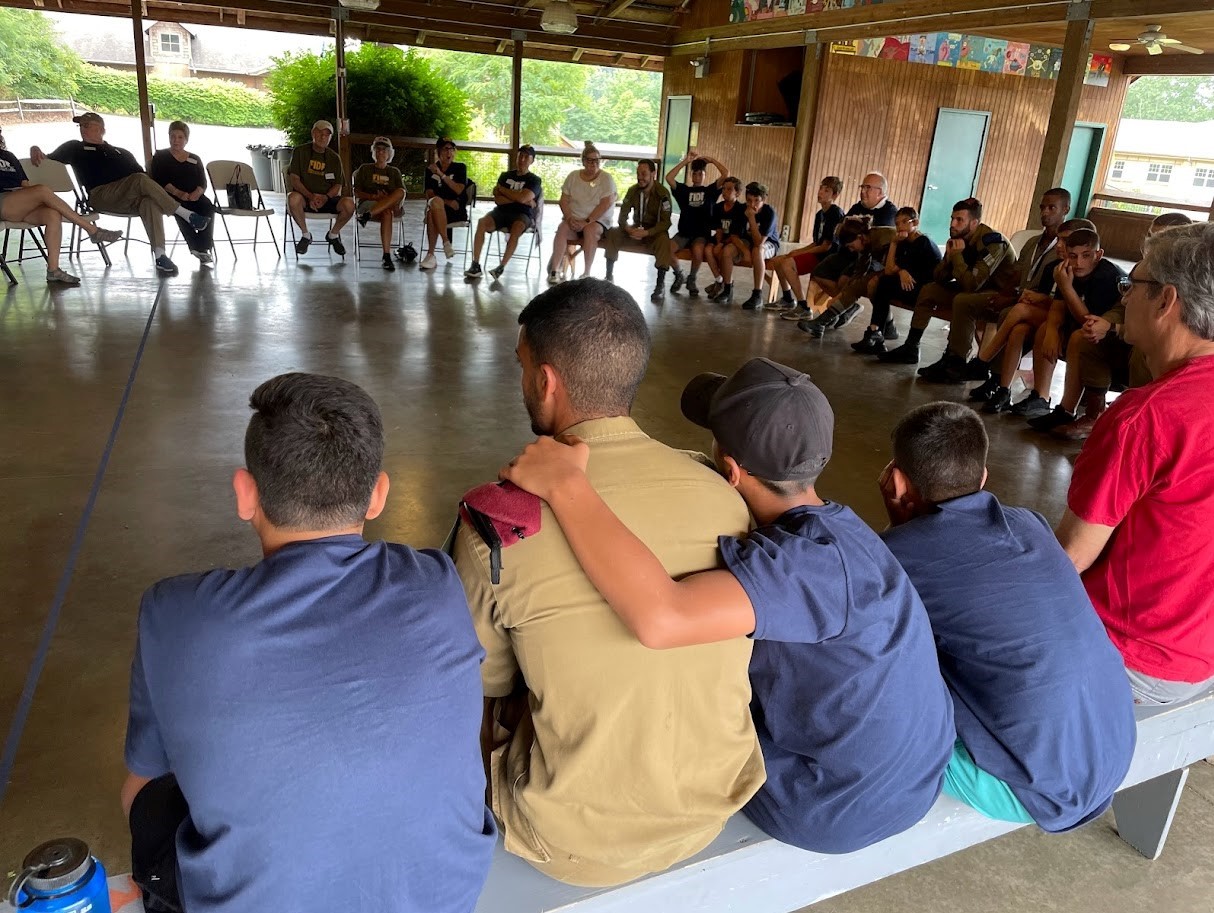 Several of the staff members at FIDF’s Legacy Summer Camp are soldiers who have also lost loved ones and attended the program when they were b’nai mitzvah age. Credit: Courtesy of FIDF.
Republish this article in your newspaper or website