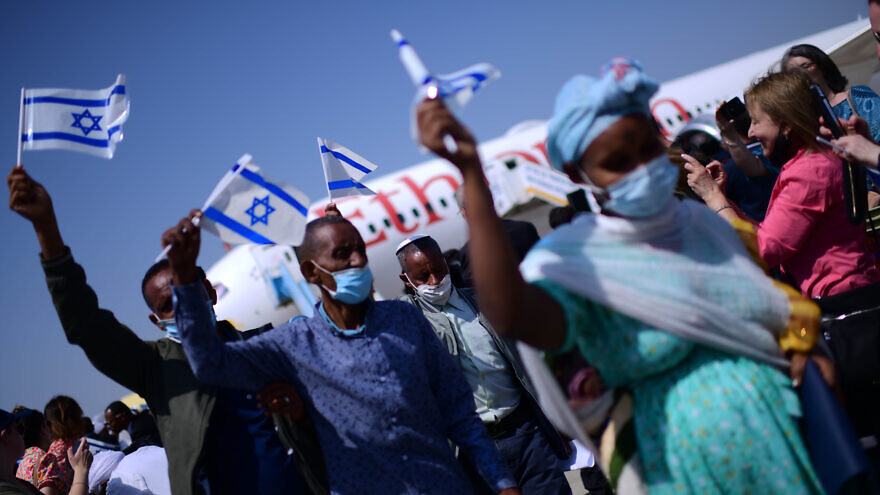 (June 2, 2022 / JNS) A total of 180 new Ethiopian immigrants landed in Israel on a flight chartered by the Jewish Agency for Israel on Wednesday, accompanied by dozens of leaders from the Jewish Federations of North America (JFNA) and in coordination with the Israeli government. The flight was one of several set to take place in the coming months in continuation of “Operation Tzur Israel” (“Rock of Israel”), which began in December 2020 and has reunited 3,000 new immigrants with first-degree relatives who previously immigrated to Israel. A second flight landed at Ben-Gurion International Airport on Thursday, bringing an additional 160 immigrants.

Ahead of the flight, journalists and Federation leaders met with the Jewish community of Gondar, where the Ethiopian Jews are concentrated, on a multiple-day mission, from Sunday through Wednesday.

On Sunday, journalists sat with several families preparing to immigrate. Without any nostalgic belongings, they packed in their luggage food, clothing and baskets to make traditional injera bread. The Ethiopian immigrants—currently residing in one-room mud, wood and stone huts with without flooring, electricity or running water—will move into absorption centers when they arrive. Despite their harsh living conditions, they have maintained a strong Jewish identity and carried on Jewish communal traditions.

When they land, the new immigrants will live in absorption centers for the next two to three years, with minimal costs and financial support as they learn Hebrew, acclimate to Israeli society, begin working, enter the education system and undergo a conversion process. “It is our responsibility to help them as they take their first steps in Israel,” said Yaakov Hagoel, chairman of the World Zionist Organization and acting chairman of the Jewish Agency. 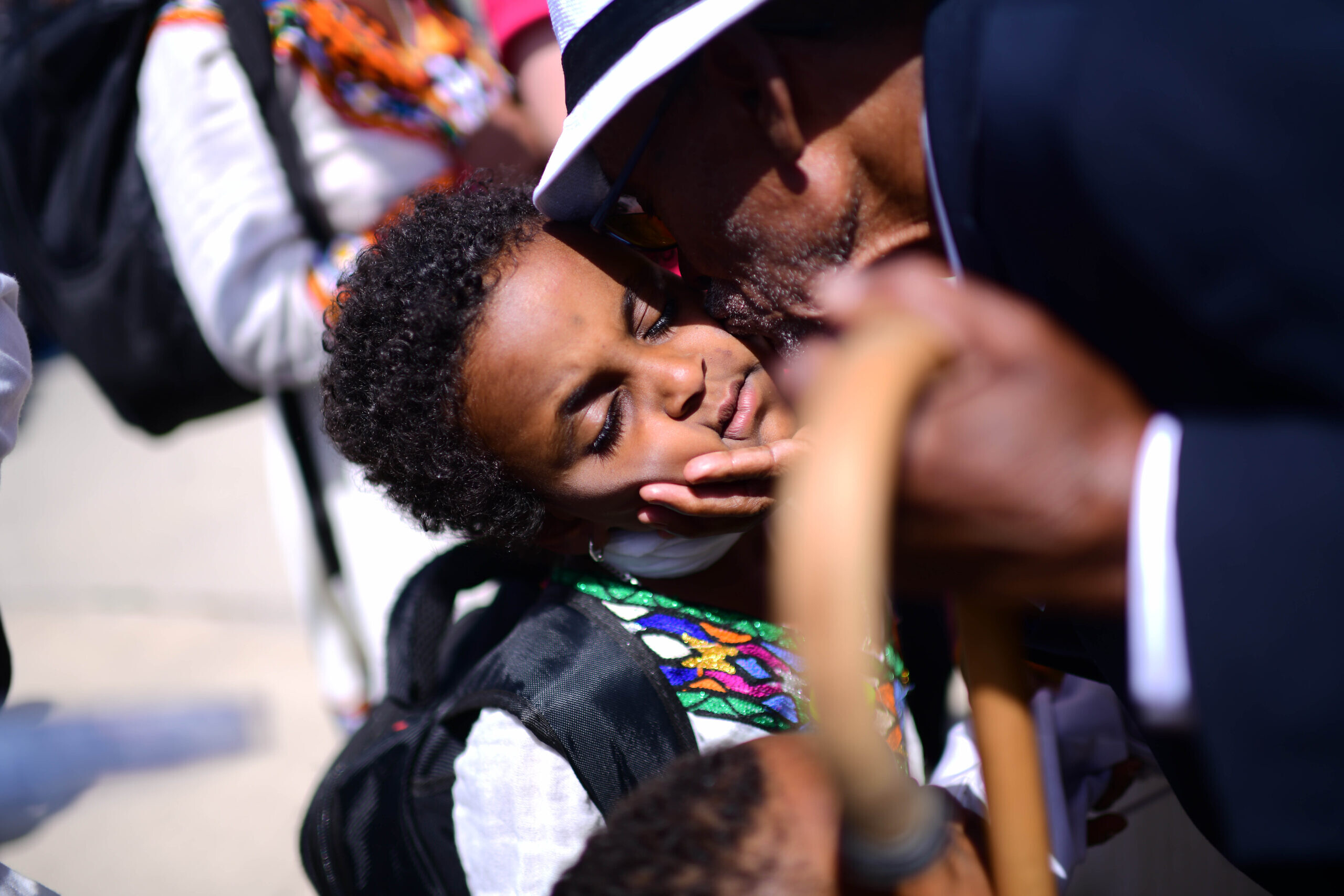 ‘The fulfillment of a years-long dream’

On Monday, the group visited an old synagogue in Ataya (a Jewish community that has since made aliyah) and heard from Micha Feldmann, a former Jewish agency shaliach and scholar in residence. They traveled to Kossoye, hearing personal stories from “Operation Moses” in which 14,000 Ethiopian Jews traveled by foot to Sudanese refugee camps before immigrating to Israel in the late 1970s and through the mid-1980s. The journey took months by foot and almost half didn’t reach the Sudanese refugee camps, some turning back and another 4,000 people losing their lives during imprisonment by Ethiopian and Sudanese authorities, as well as by hunger, thirst, disease and asphyxiation from the cramped trucks that drove the group to the Hercules Airfield in Sudan.

Monday was also the day following Jerusalem Day (28 Iyar), when the Ethiopian people memorialize the 4,000 lost in “Operation Moses” and Israel celebrates the reunification of the Israeli capital in 1967. The group lit Yizkor candles at a cemetery in the former Jewish village of Woloka, which has existed for at least 200 years. A sister cemetery for the 4,000 also exists at the Mount Herzl cemetery.

On Tuesday, Rosh Chodesh Sivan, the group davened Shacharit services with several hundreds of men, women and children from the Ethiopian Jewish community of Gondar. Together, they sang Israel’s national anthem, “Hatikvah,” and had a Torah service. The group of immigrants made final preparations for their flights to Israel.

On the Wednesday flight from Addis Ababa to Israel, the group was accompanied by Hagoel and Minister of Aliyah and Integration Pnina Tamano-Shata, the first Ethiopian-born woman to enter the Knesset. 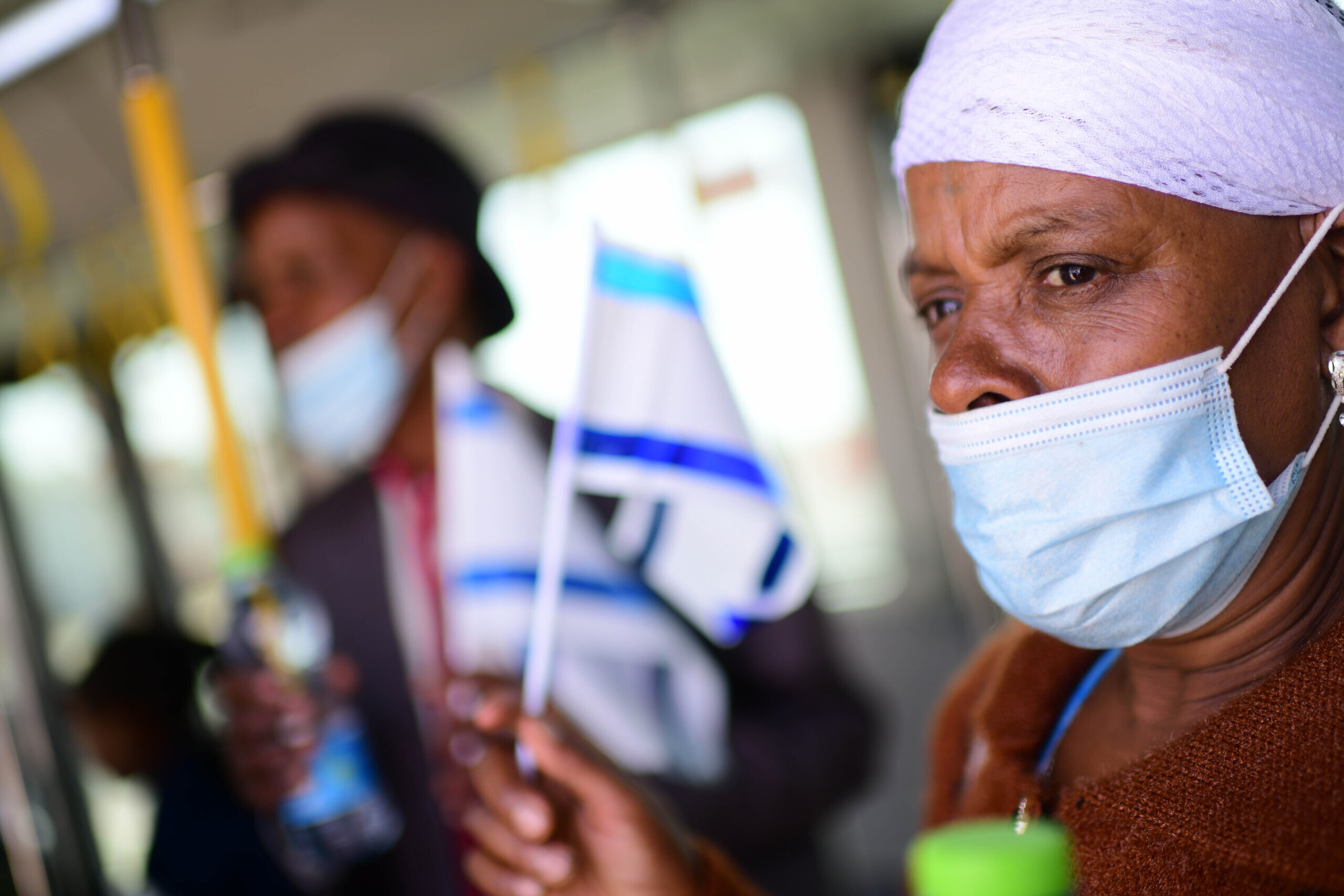 Tamano-Shata’s advocacy efforts led to the government’s decision in October 2020 that launched “Operation Tzur Israel.” The operation is being supported by the JFNA, which announced a campaign of more than $7 million to support its continuation, as well as Keren Hayesod; the International Fellowship of Christians and Jews; the International Christian Embassy Jerusalem; and friends of Israel from Korea.

The operation has reunited 2,000 Ethiopians with their family in Israel with another 3,000 planned. One man (as quoted by the Jewish Agency), Yeshorok, who made aliyah with his wife and son in February 2021 after waiting for 12 years to immigrate, said, “Everything that has happened to us since immigrating is the fulfillment of a years-long dream and beyond our expectations.”

Speaking to the group the night before the flight, Tamano-Shata acknowledged that “we have a big responsibility to do the right thing. … [The Ethiopian Jewish] struggle is my struggle, and it must be the struggle of Israel and the Diaspora … The people of Gondar have been waiting to come home after many years, and now they know they have friends in Israel.” 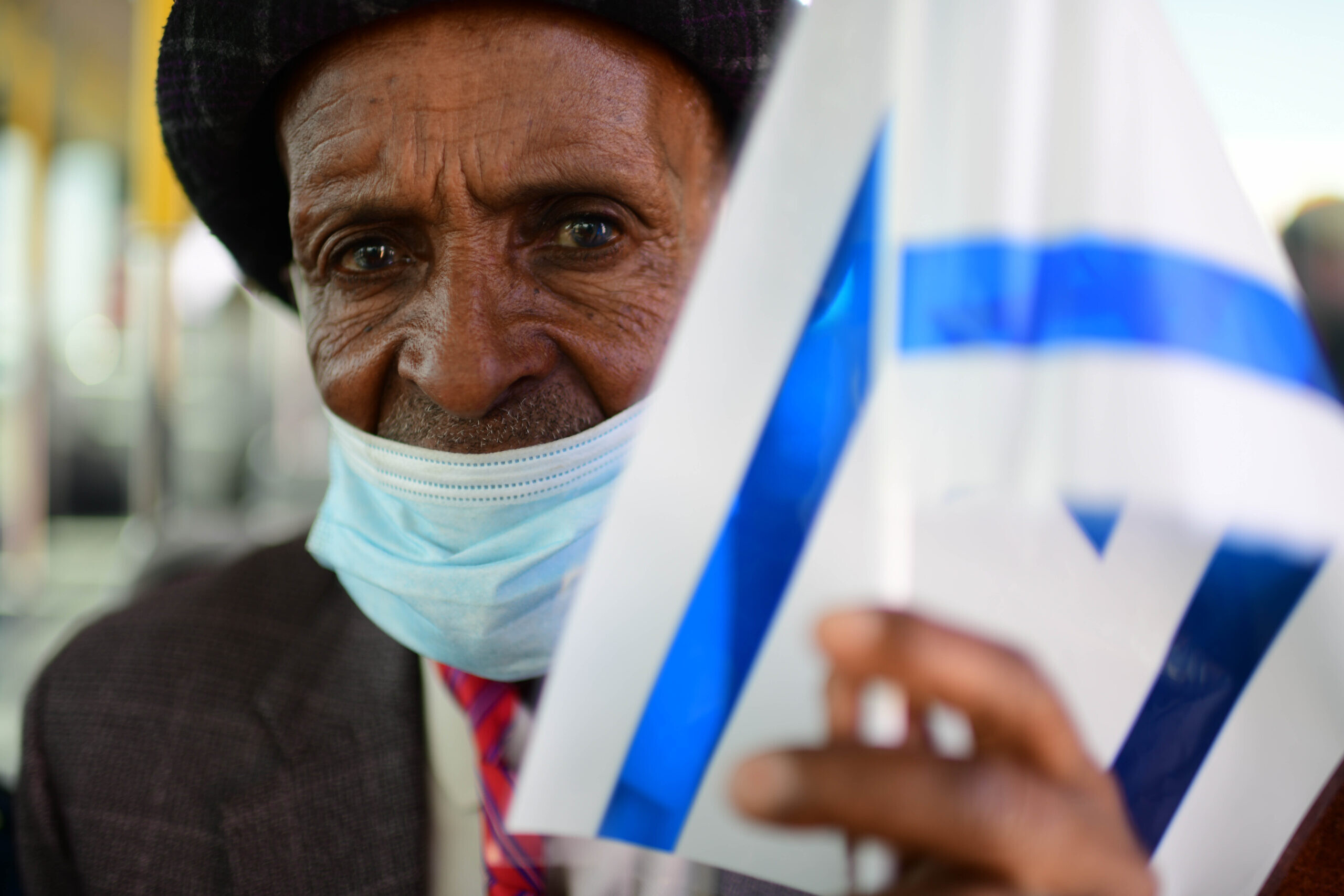 As part of “Operation Tzur Israel” (“Operation Rock of Israel”), Ethiopian Jews arrive at Ben-Gurion International Airport on June 1, 2022. Photo by Tomer Neuberg/Flash90.
Republish this article in your newspaper or website