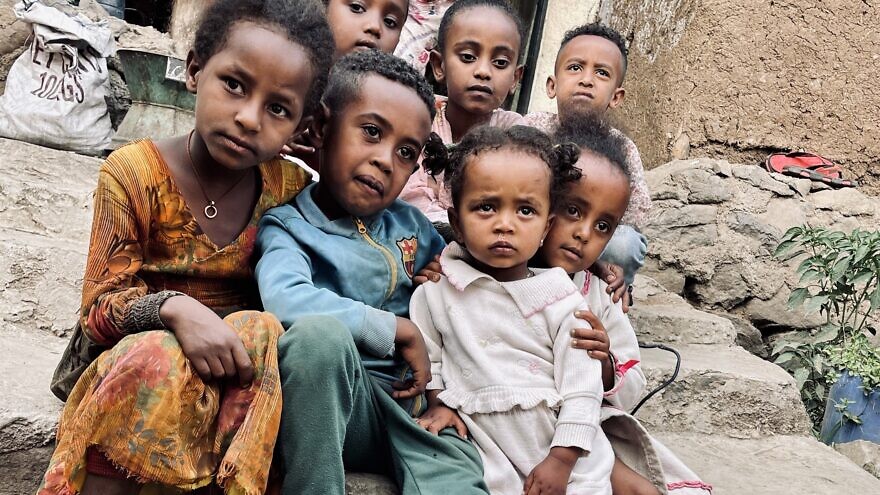 (May 31, 2022 / JNS) GONDAR, Ethiopia—Ahead of the immigration of 180 Ethiopians to Israel on June 1, a continuation of “Operation Tzur Israel (‘Operation Rock of Israel’),” Ethiopian families spoke with JNS in the northern Ethiopian city of Gondar. After years, sometimes decades, of waiting, they will finally be reuniting with their families, who were previously separated when only certain family members were approved for immigration to Israel. The flights are being facilitated by the Jewish Agency for Israel in coordination with the Israeli government.

‘In Israel, I will be able to work, and improve my life and the life of my children.’

The Atalele family has been in Gondar for the past 16 years, waiting to immigrate to Israel. Ten years ago, the mother of Zemenu Atalele Genet, 30, immigrated to Israel but the mother and son haven’t seen each other since, nor has Zemenu’s mother met his three children (ages 1, 3 and 8) who have been since born. Zemenu, his wife Yeshihareg, 23, and their children live in a one-room hut made of mud and sticks, without electricity or running water. Every workday, Zemenu looks for small jobs around the city, making around 200 birr per day ($3.85), a meager salary considering that rental fees for their living space cost 900 birr per month ($19.26) and a container of cooking oil costs 1,500 ($29). At home, the Atalele family keeps Jewish traditions, like lighting Shabbat candles. Zemenu and his wife, speaking to JNS, expressed excitement for their upcoming immigration to Israel. “In Israel, I will be able to work, and improve my life and the life of my children,” said Zemenu.

‘Israel is my home.’

Teshager Gerem Bogal, 63, has two daughters in Israel and lives with his wife, Alemitu Belew Feleke, 60, and their seven children (ages 7 to 34) in a one-room hut with the floors just exposed earth. “It’s hard to live in this house; we have many shortages and poor facilities—all the Jewish families in Gondar live with these problems,” explained Teshager’s 32-year-old son Negese in English. Negese learned to speak the language from his studies in hospitality management and tourism. He expressed wanting to immigrate to Israel to be reunited with 90% of his family who already live in Israel, to find good work, and put simply, because “Israel is my home.” Since Negese’s family moved to Israel, he has missed having a social life and sharing in family moments. “My family says they have a good life in Israel; that it is a good country with regard to human rights; that it has job opportunities even for those who are illiterate and is a secure place to live.” Though the Teshager family lamented that they haven’t seen their two girls since they moved to Israel, it gave them hope that they could also be approved for immigration soon.

After being separated for 23 years: ‘I am most excited to hug my mother.’

The Tayachew family has been waiting 23 years in Gondar to immigrate to Israel. Parents Kefale Tayachew Damtie, 56, and Addisie Kibret Kolechi, 38, live with eight children (ages 1 to 23) in their small hut without a bathroom, and reported suffering from hunger and thirst. The parents of Kefale immigrated to Israel 23 years ago; his father died a year ago. Most of their family is in Israel, and Kefale is most excited to hug his mother. His deep faith in God has kept him optimistic, and he said that he is not angry that it has taken so long, despite the fact that he hasn’t seen much of his family for decades.

Members of the Tayachew family. Photo by Eliana Rudee. 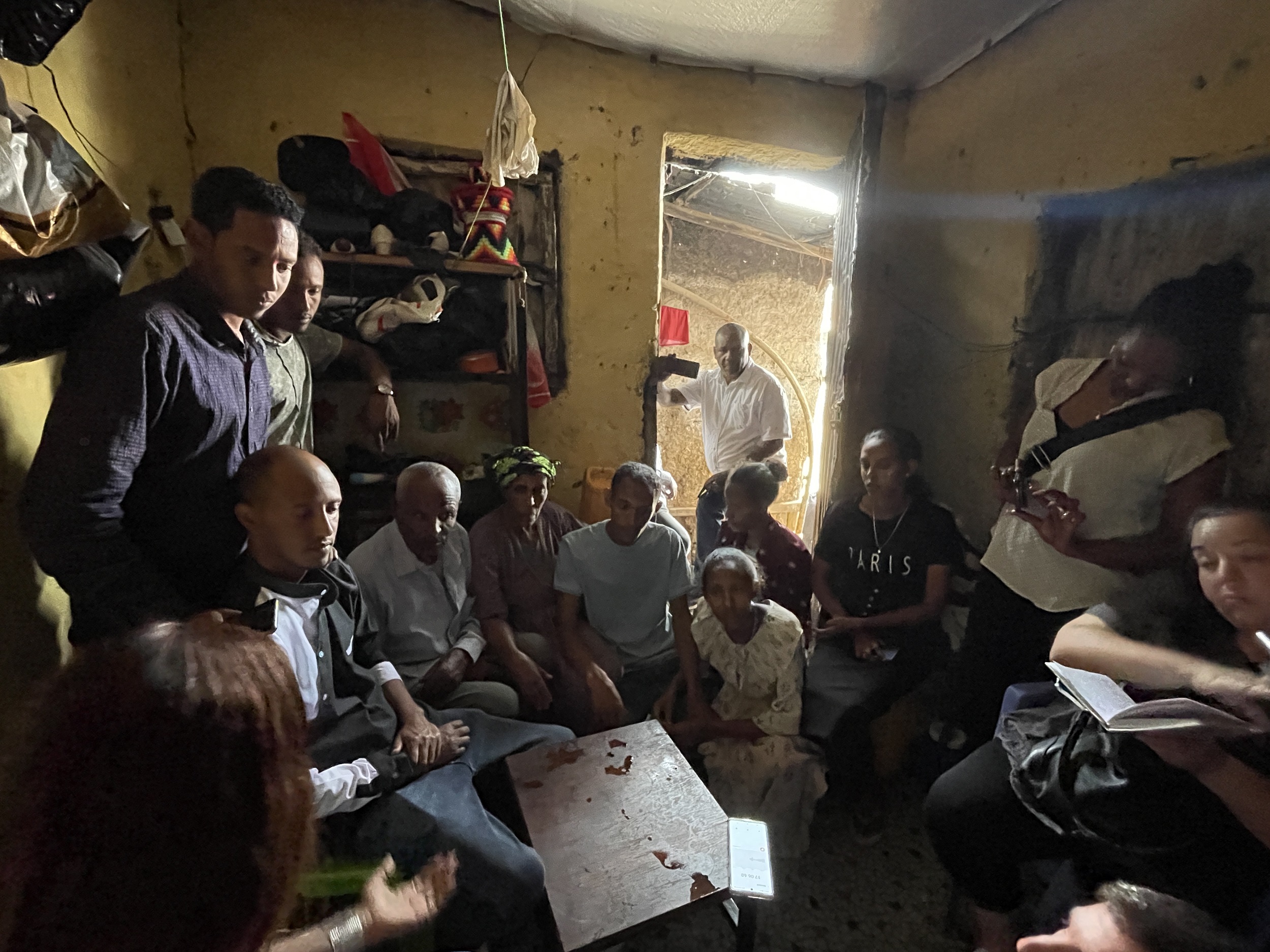 Members of the Teshager family. Photo by Eliana Rudee.

A typical Ethiopian house. Photo by Eliana Rudee.
Republish this article in your newspaper or website